The upper house of the Russian parliament passed at its session a bill suspending Russia's compliance with the INF.

The upper chamber of the Russian parliament passed a bill Wednesday to suspend the country’s participation in the Intermediate-Range Nuclear Forces Treaty (INF), a landmark nuclear disarmament treaty.

THE DEAL IS SUSPENDED

The Council of Federation voted unanimously for adopting the bill. The INF treaty has been widely seen as a cornerstone of European security in the post-Cold War era after the US and Russia signed it in 1987. It prohibits both countries from possessing and testing ground launch missiles with a range between 300-3,100 miles. 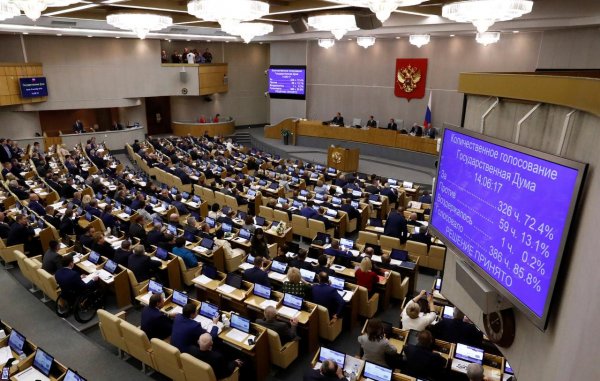 In October 2018, Donald Trump announced an exit from the pact, accusing Moscow for violating it.

In a tit-for-tat response, Russian President Vladimir Putin said Feb. 2 that Moscow was suspending its obligations under the INF treaty  done legally March 4. After that Putin initiated a procedure of suspension that suggests getting the approval from the two chambers of the Russian parliament. On June 18, the bill was passed by the lower chamber of the Russian parliament, the State Duma. Now the bill is going to the presidential administration. Once Putin signs it, the bill takes effect.