A police source says, students of a private computer institute were on their way to a picnic spot, says a police source.

At least 11 students, nine of whom are girls, were killed on Thursday when their vehicle rolled down into a deep gorge in Kashmir's Shopian district, according to local officials.

Mohammad Saleem Malik, an additional deputy commissioner of the district, confirmed the death toll and added that seven injured have been shifted to Shri Maharaja Hari Singh (SMHS) hospital in Srinagar, capital of Kashmir.

The students of a private computer institute in Surankote area of Poonch district were on their way to a picnic spot near Pir Ki Galli along the Mughal road, said a police source. 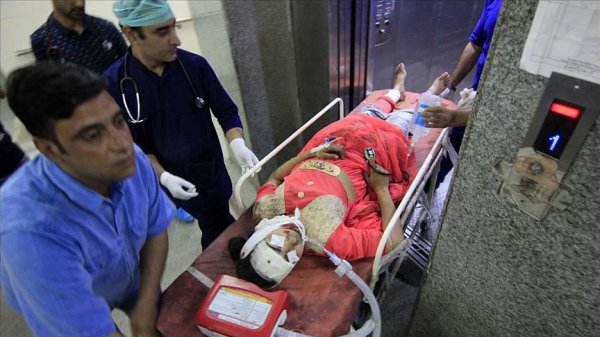 A senior doctor in SMHS hospital told Anadolu Agency that several of the injured at the hospital are in critical condition.

The Mughal Road connects Poonch and Rajouri districts of the state with the Kashmir valley. The road remains closed during the winter months due to heavy snowfall along the route.