According to the report, 15 people were injured in the airstrikes attacks.

Seven civilians were killed in airstrikes carried out by regime forces and Russia in northern Syria’s de-escalation zones, according to the White Helmets civil defense agency on Saturday.

The attacks targeted the city of Maarat Al-Numan and the town of Al-Naqeer and Al-Bara in Idlib province as well as Kafr Zita and Al-Ltamenah towns in Hama province.

White Helmets said three civilians were killed in Maarat Al-Numan and four in Al-Bara while a total of 15 people were injured. 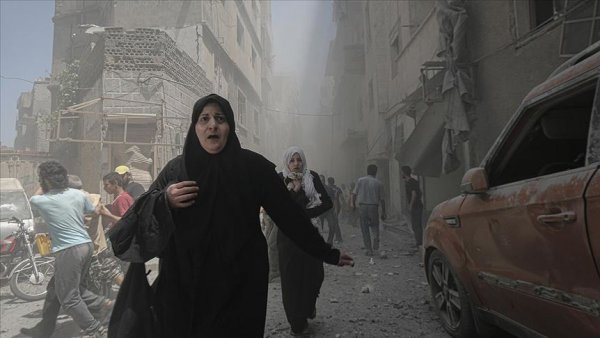 Turkey and Russia agreed last September to turn Idlib into a de-escalation zone in which acts of aggression would be expressly prohibited.

The Syrian regime, however, has consistently broken the terms of the ceasefire, launching frequent attacks inside the de-escalation zone.