According to Kremlin, Putin and Anastasiades discussed developments in the eastern Mediterranean.

Russian President Vladimir Putin held a phone talk with Greek Cypriot leader Nicos Anastasiades on Thursday, the Kremlin said in a statement on its website.

Putin and Anastasiades stressed the need to improve relations in the financial and investment domains, according to the statement. They also discussed "regional issues, including the situation in the Eastern Mediterranean and the prospects for a Cyprus settlement," it said.

The Cyprus problem has remained unresolved for decades despite a series of efforts by the United Nations, while recent tensions in the Eastern Mediterranean have further complicated the problem. 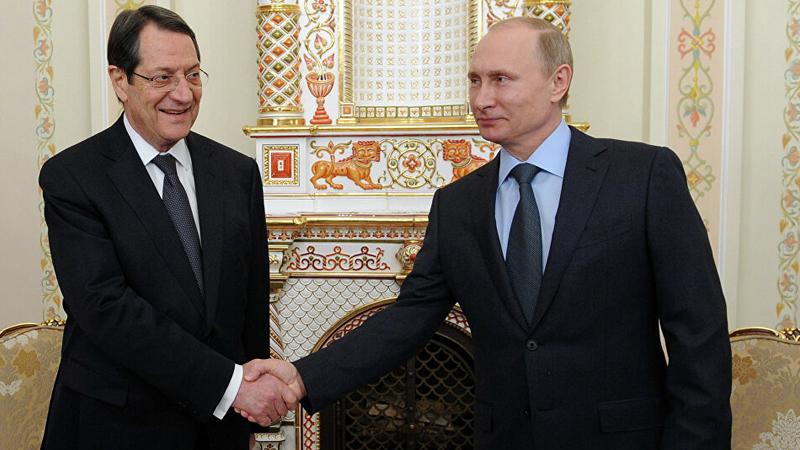 The Turkish Republic of Northern Cyprus (TRNC) disputes the Greek Cypriot administration’s claim to be the sole legitimate government of the whole of Cyprus, while the Greek Cypriots oppose recognizing the political equality of the Turkish Cypriots.

The island has been divided into a Turkish Cypriot government in the northern third and Greek Cypriot administration in the south since a 1974 military coup aimed at Cyprus’ annexation by Greece.