Putin inaugurated the passenger service by personally taking a train across the road and rail bridge.

President Vladimir Putin on Monday opened a rail route linking Russia’s two biggest cities to Crimea, which Moscow annexed from Ukraine in 2014, and said it proved that the country could deliver on giant infrastructure projects.

“With your work, talent, determination and single-mindedness, you’ve shown that Russia is able to do such world-scale infrastructure projects. This is after all the longest bridge not only in Russia but also in Europe,” Putin told a crowd of construction workers.

“And you’ve shown that we can do such large-scale projects using our own technological abilities. This, without exaggeration, gives us all confidence that we can and definitely will do similar projects in the future.” 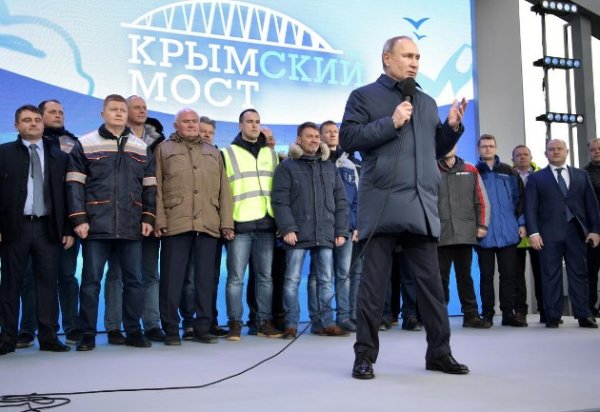 European Union sanctions ban European citizens and companies from investing in Crimea, including in the peninsula’s transport and infrastructure, something which complicated Russia’s drive to build the 212-billion-rouble ($3.4 billion) bridge.

Construction of the bridge, which is 19 km long (11.8 miles), was opposed by Ukraine, which says it wants the Black Sea peninsula back. The Kremlin has ruled out returning Crimea.

The bridge, likely to be viewed as an important part of Putin’s legacy, was designed to integrate Crimea into Russia’s economy and to end its relative isolation by allowing Russia to supply it by road and rail as well as by sea and air.

Putin said the new rail route would carry around 14 million passengers and about 13 million tonnes of freight next year.