Thousands of demonstrators rallied in Sudan's capital, Khartoum, calling for justice for the dozens of people who were killed by security forces over a month ago.

Protests restarted in Sudan on Saturday after a short pause since nationwide demonstrations began on June 30.

SUDANESE PROTESTORS TAKE TO THE STREETS

The Sudanese opposition called for demonstrations in the capital of Khartoum to commemorate protestors who were killed on June 3 when government forces dispersed a sit-in outside the military headquarters, killing more than 100 protesters.

Thousands marched in the streets on Saturday protests, calling for the prosecution of those responsible for the killing. 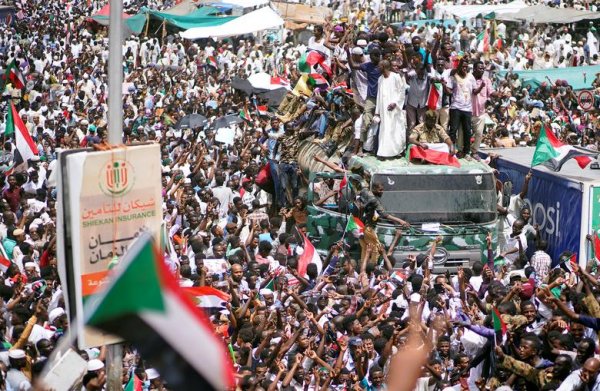 Police and security forces have attempted to disperse demonstrators using tear gas and firing live ammunition in the air to disperse the protesters.

In the meantime, the African Union mediating team that sponsors power-sharing talks between the ruling Transitional Military Council (TMC) and opposition alliance of Forces for Freedom and Change (FFC) said dialogue between the two sides was in its final stages. The TMC and FFC have agreed to share power between military and civilians to solve the standoff sparked since the ousting of former president Omer Al-Bashir.