The protesters sprayed red paint on the ministry building, symbolizing blood, and on a mock medal.

French protesters on Saturday doused the country’s health ministry with red paint, to symbolize the blood of those who died from coronavirus and to demonstrate against poor working conditions for public sector healthcare workers.

“For years, health workers have been alerting us to the fact they don’t have enough resources with regards to staff, beds and equipment to be able to allow us to look after people decently,” Aurelie Trouve, a spokeswoman for the ‘Attac’ activist group which was behind the protest, said.

They also placed a giant, medal-shaped banner dubbed ‘Medal of Contempt’ on the steps of the French health ministry, to highlight what they said was the government’s failure to listen to the concerns of healthcare workers. 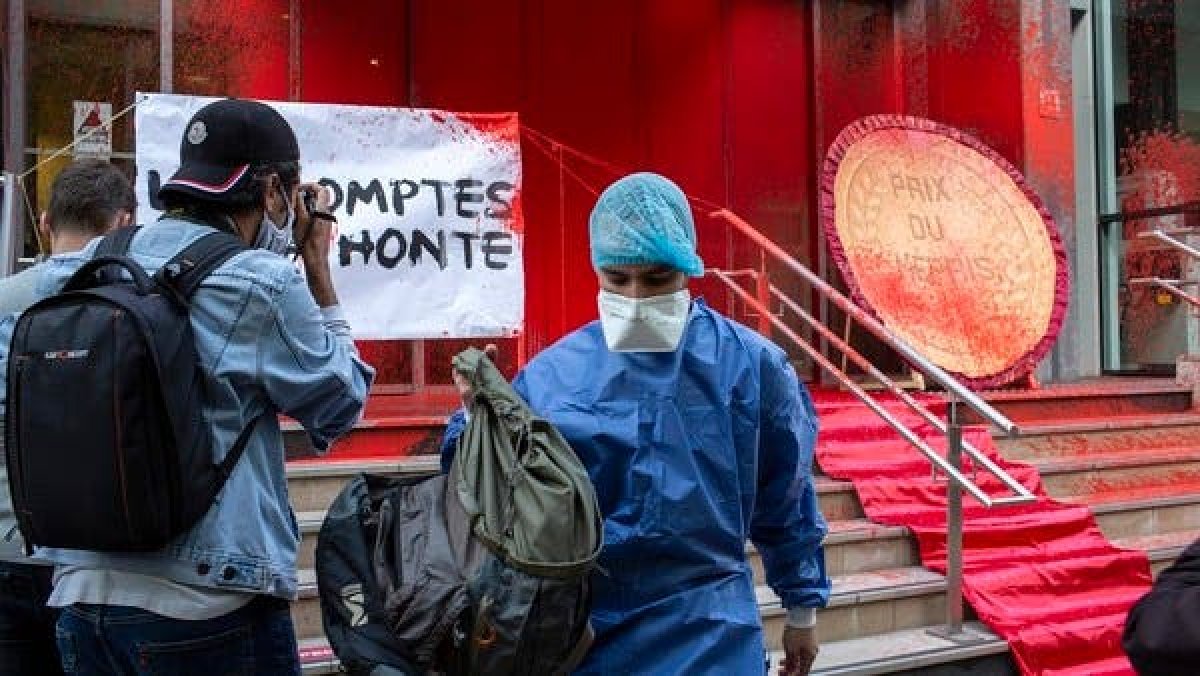 President Emmanuel Macron’s government has decided to pay a 1,500 euros ($1,676) bonus to public sector healthcare workers, in recognition of their role during the coronavirus outbreak.

Yet many in the sector feel the government should do more for them, and violence broke out this week at another protest held by healthcare workers in Paris.