Civil unrest flared and curfews were imposed in several major US cities on Saturday as demonstrators took to the streets to vent outrage at the death of George Floyd shown on video gasping for breath as a white Minneapolis policeman knelt on his neck.

The full Minnesota National Guard was activated after four nights of arson, looting and vandalism in parts of Minneapolis, the state’s largest city. 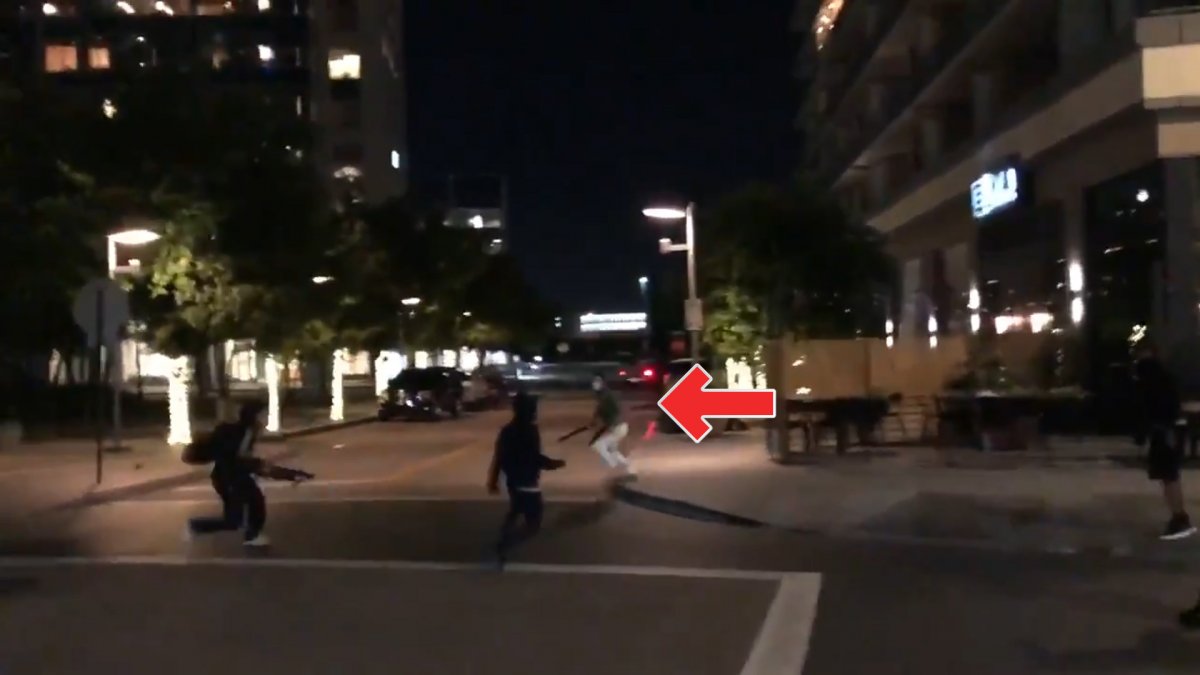 Buildings were seen vandalized and mass looting broke out across the country.

Some kicked him and hit him with skateboards, and when the crowd dispersed the man lay still on the ground, face-down in puddles of his own blood.

According to the local sources, the shop owner attempted to defend his store from looters with a sword. 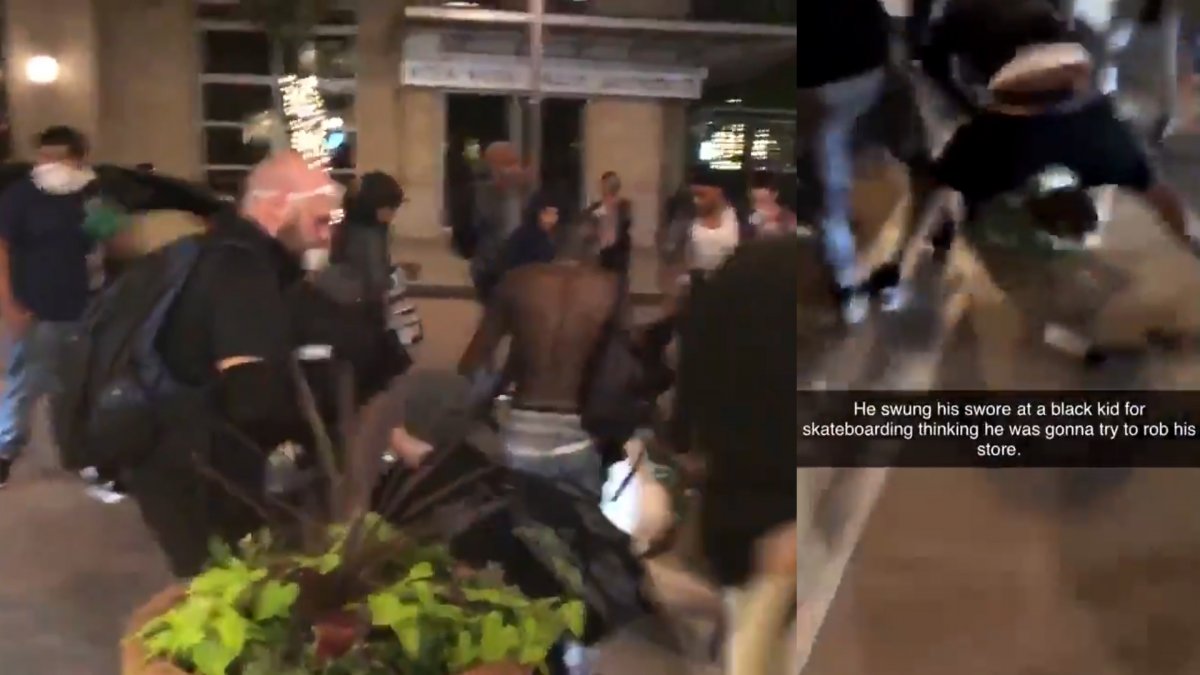 The man was said to be in stable condition at a local hospital. 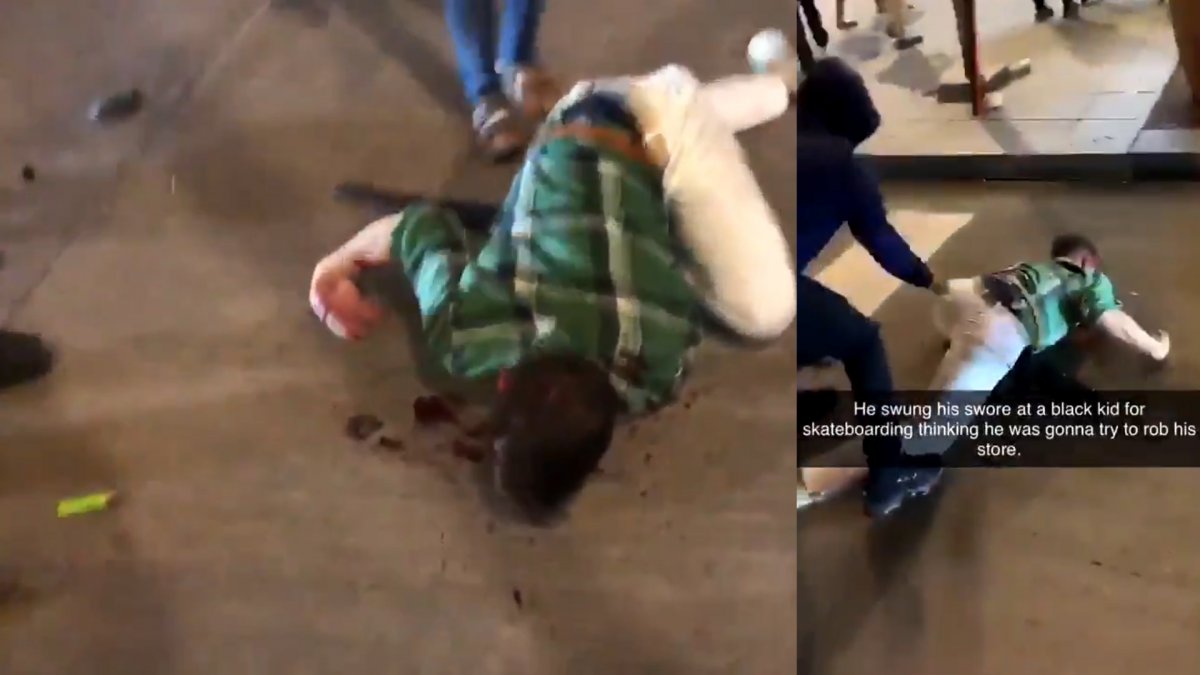