Protesters burn down restaurant in Atlanta

Protesters shut down a major highway and burned down a Wendy’s restaurant where a black man was shot dead by police as he tried to escape arrest.

As nationwide protests slowed in the death of George Floyd, anger again erupted Saturday in the US over the fatal shooting of another black man.

THE RESTAURANT WAS IN FLAMES FOR MORE THAN 45 MINUTES

Brooks struggled with officers who were responding to complaints he was sleeping in the drive-thru of the restaurant, according to a Georgia Bureau of Investigation statement. 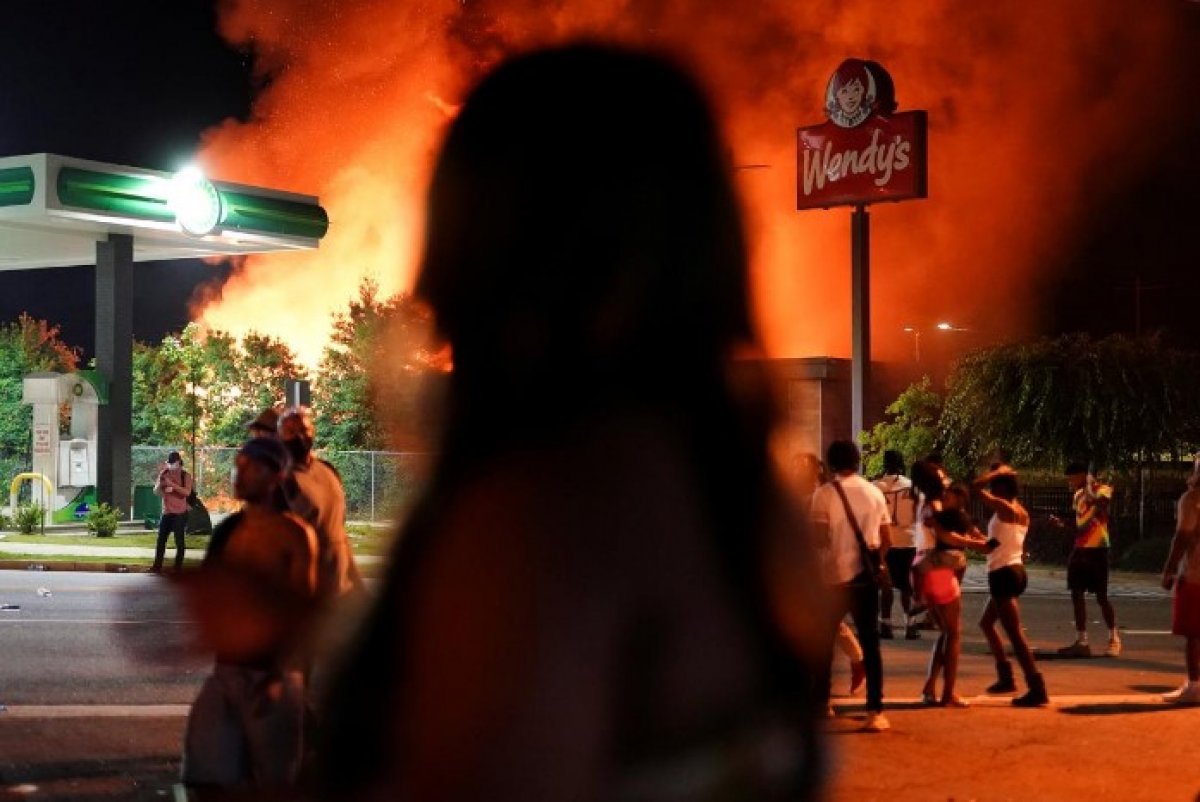 An officer pulled his Taser that Brooks managed to grab, after which an officer shot him.

Crowds began to gather at the site around noon Saturday but by night a massive crowd amassed near Interstate 75/85, which disrupted traffic. Footage on social media showed cars backed up because of the protests. 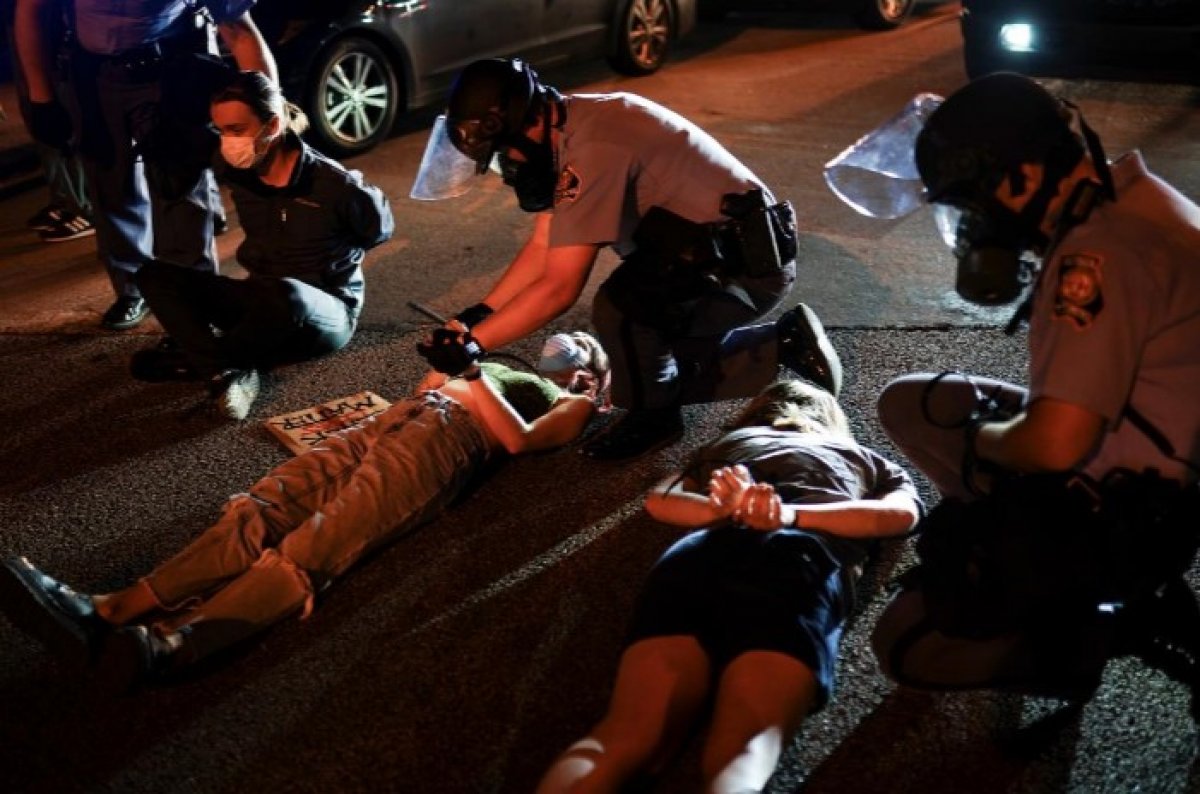 Protesters set fire to the Wendy’s where Brooks was killed. Local reports said a group also set fire to vehicles near the fast-food restaurant. 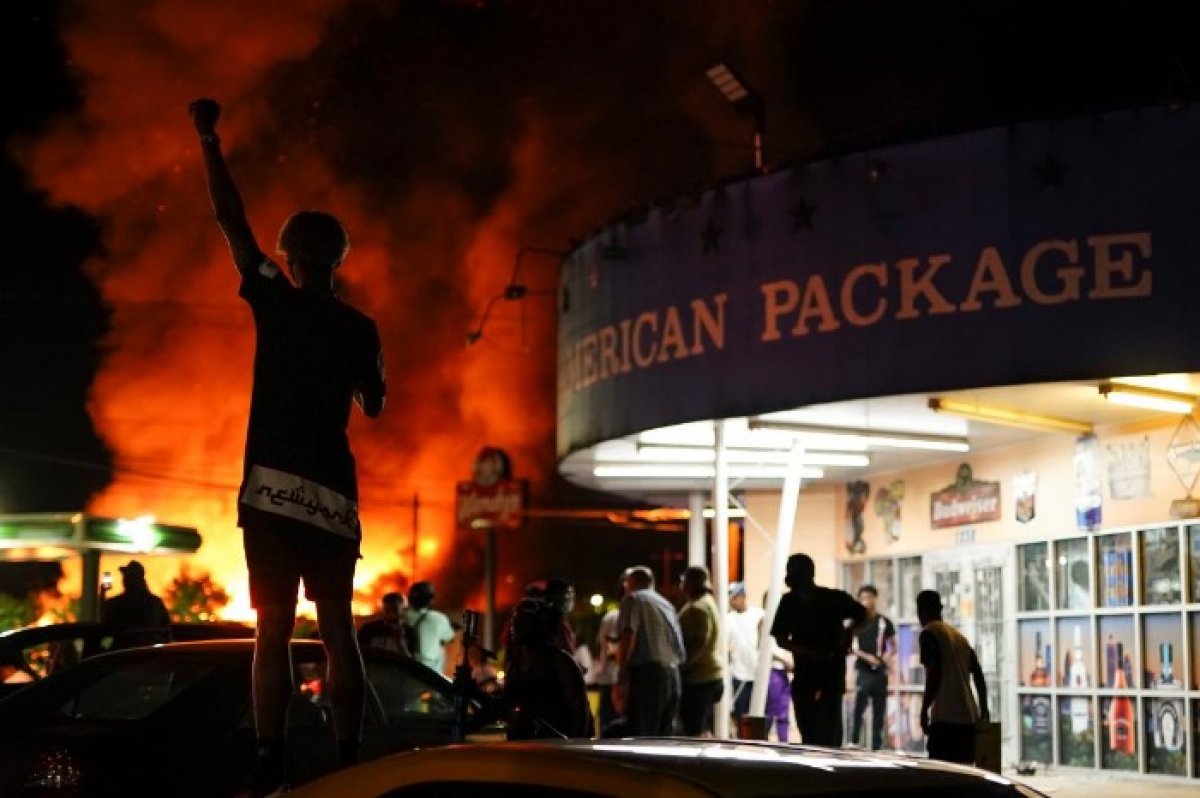 Mayor Keisha Lance Bottoms announced Atlanta Police Chief Ericka Shields voluntarily stepped down from the department earlier in the day. Bottoms called for an "immediate termination" of the officer who killed Brooks. "Chief Shields has offered to immediately step aside as police chief so that the city may move forward with urgency in rebuilding the trust so desperately needed throughout our communities," said the mayor.