A large group of supporters of President Donald Trump had traveled in a caravan through downtown Portland, with a pro-Trump gathering drawing hundreds of trucks full of supporters into the city.

One person was shot dead in Portland late on Saturday as protesters from rival groups clashed in the northwest US city, which has seen frequent demonstrations for months that have at times turned violent.

PORTLAND HAS SEEN NIGHTLY DEMONSTRATIONS SINCE THE DEATH OF GEORGE FLOYD

Police said in statements that both the death and protest violence occurred in downtown Portland. However, they did not immediately link the shooting death to the protests.

“(Police) responded and located a victim with a gunshot wound to the chest. Medical responded and determined that the victim was deceased,” a Portland police spokesman said in an emailed statement. 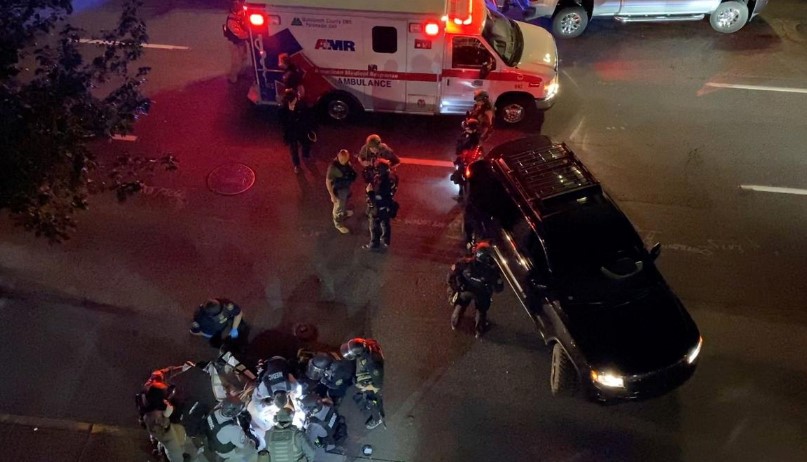 The Times cited two unidentified witnesses as saying a small group of people got into an argument with other people in a vehicle and someone opened fire. 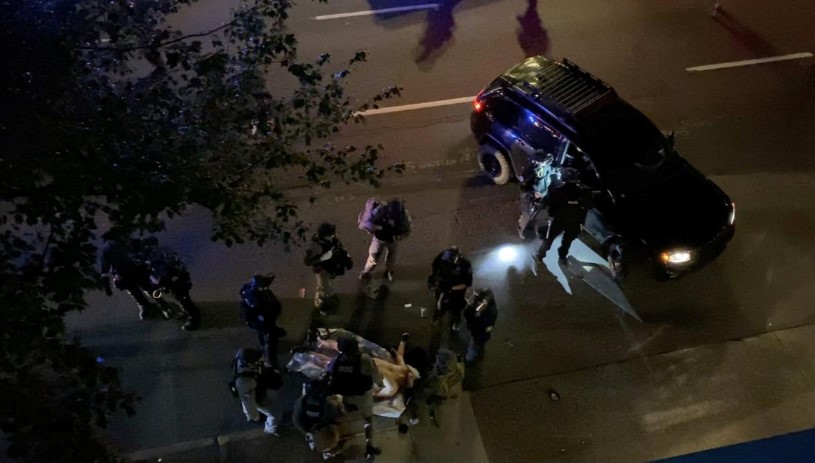 The man who was shot and killed was wearing a hat with the insignia of Patriot Prayer, a far-right group based in Portland that has clashed with protesters in the past, according to the New York Times. 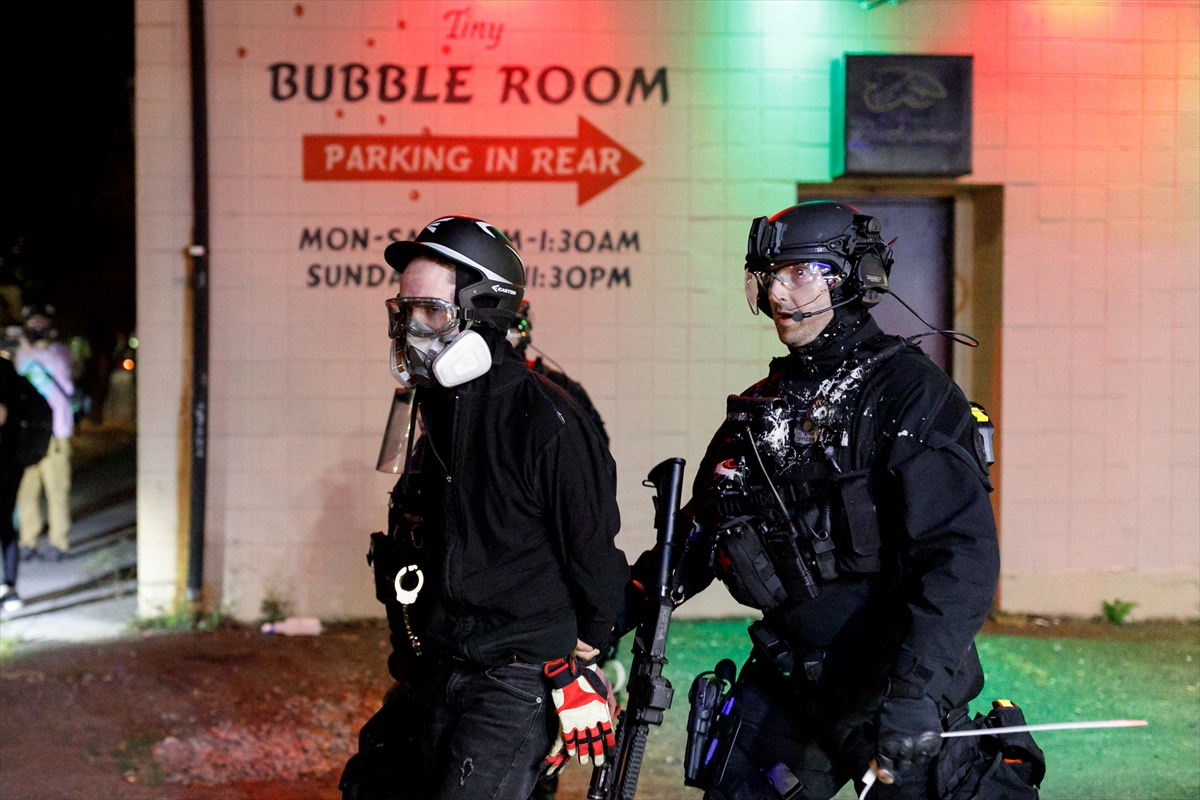 Portland police earlier said in a tweet that a “political rally is caravanning throughout downtown Portland” and that there had been “some instances of violence between demonstrators and counter-demonstrators.” 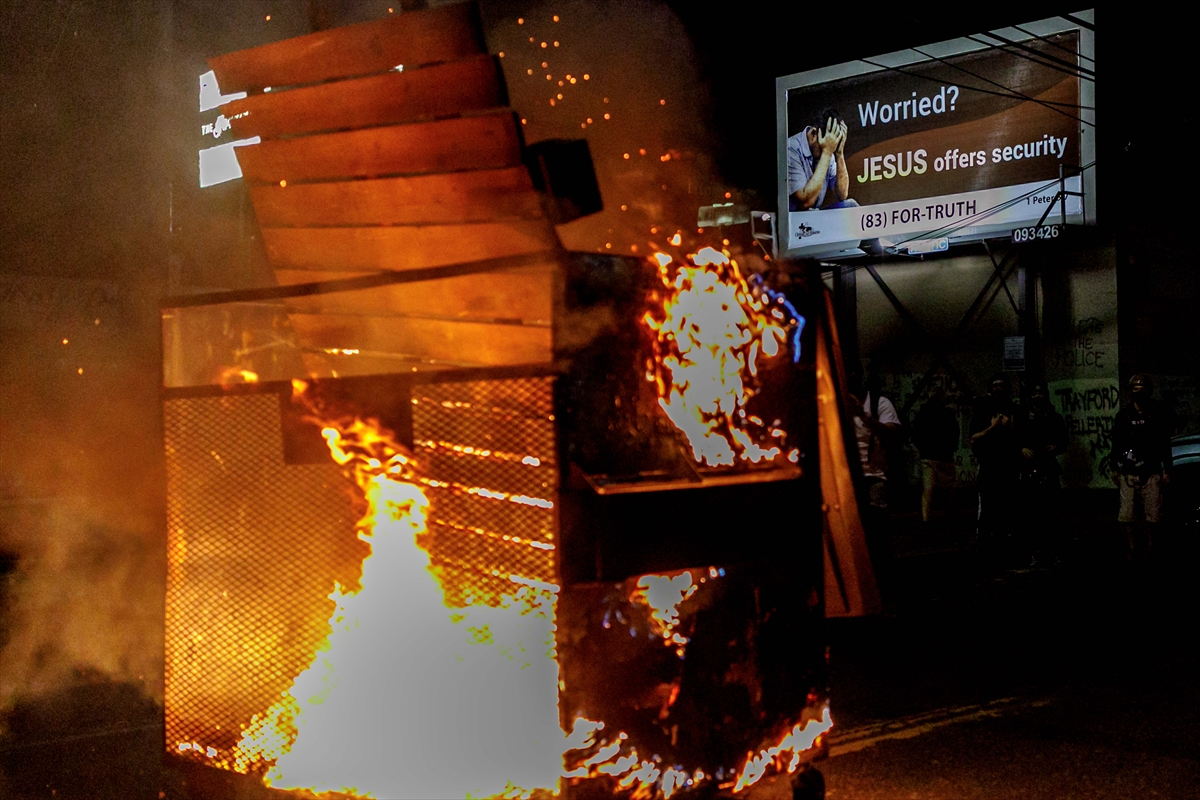 The New York Times reported that Trump supporters and counter-protesters clashed on the streets, with people shooting paint ball guns from the beds of pickup trucks and protesters throwing objects back at them. 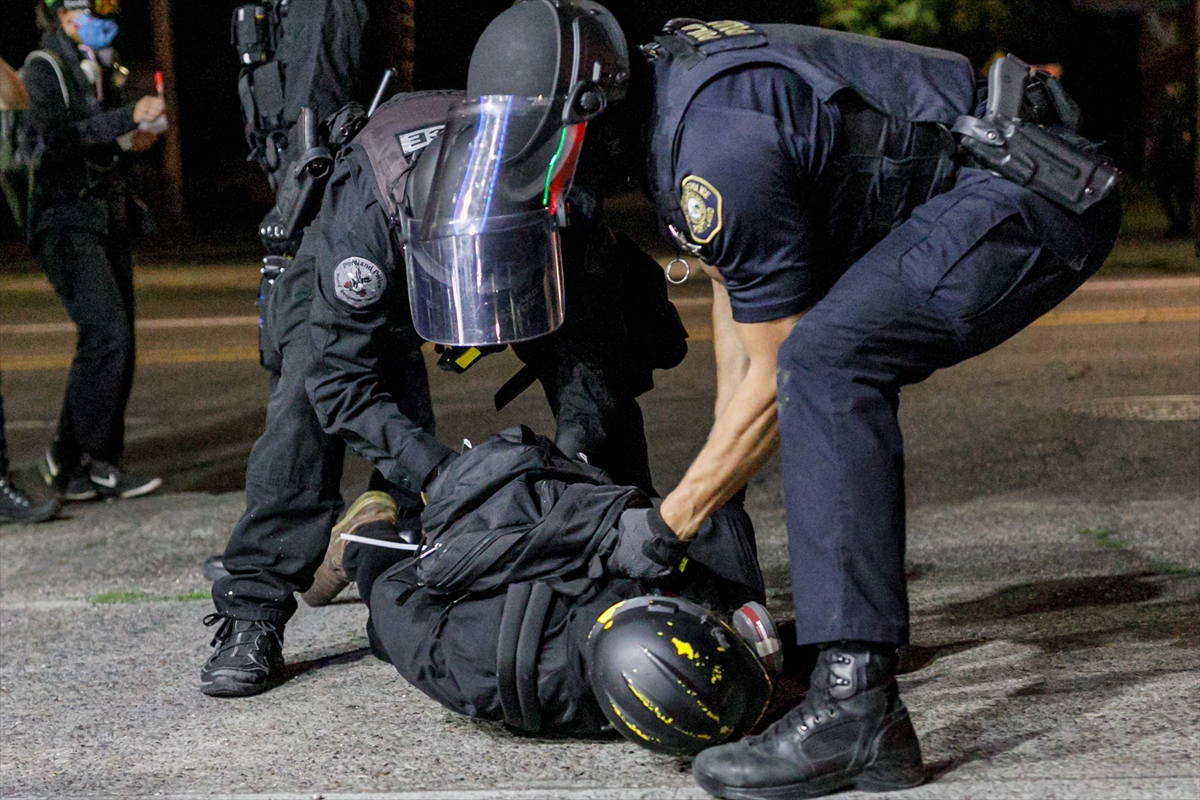 The pro-Trump vehicle rally began near Clackamas Town Center before reaching Portland on Saturday evening, with clashes breaking out thereafter between Trump supporters and counter-protesters, the Oregonian reported.

It added that the shooting took place after most of the caravan had left downtown.