During the meeting, President Erdoğan stressed that "Turkey was determined about the rights of the country till the end and they would continue to pursue an active policy."

According to a statement by the Turkish Communications Directorate, the two leaders also discussed bilateral and regional issues.

"EU SHOULD BE FAIR AND CONSISTENT"

During the meeting, Erdoğan told Merkel that European states should be fair and consistent on the issue of Eastern Mediterranean.

He stated that disputes could be resolved through negotiation as long as there is a fair approach to the Eastern Mediterranean. Erdoğan stressed that Turkey would continue to pursue active policy on the country’s own rights. 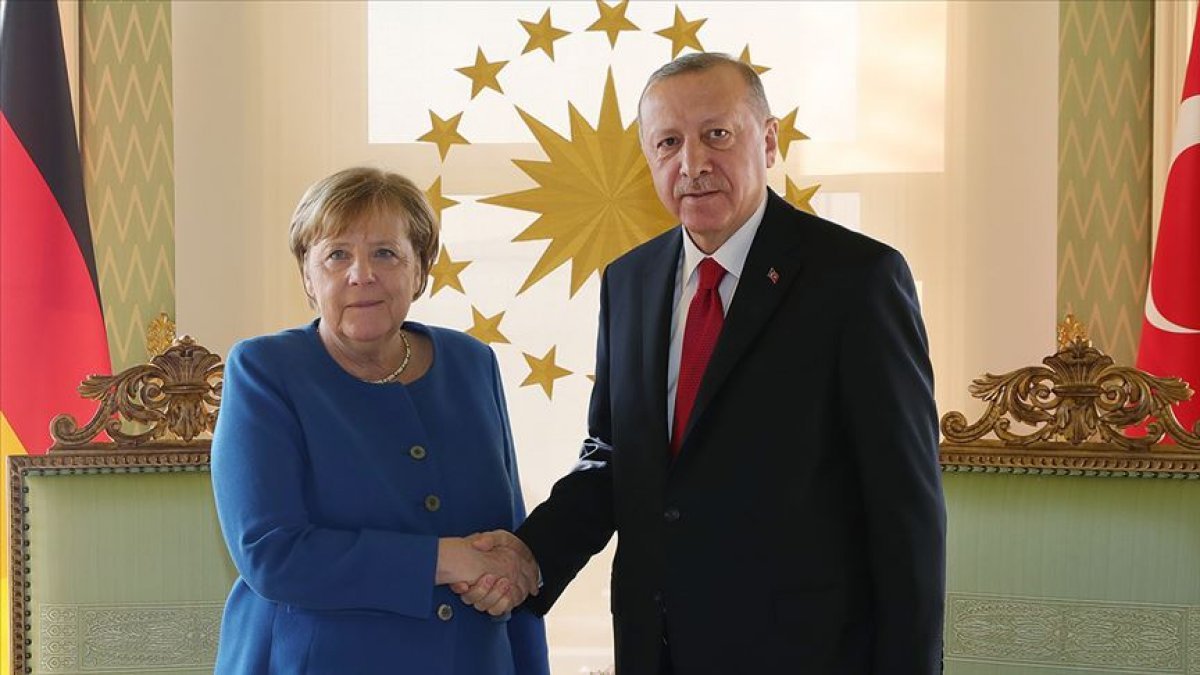 Turkey -- the country with the longest coastline in the Mediterranean -- has sent out drill ships to explore for energy reserves on its continental shelf, saying that both Turkey and the Turkish Republic of Northern Cyprus (TRNC) have rights in the region.