Trump did not disclose additional details about the letter's contents but he continued to heap praise on his relationship with Kim, saying it is "very good" while voicing optimism that "something will happen" regarding the stalled talks, which have been at an impasse since the last round of negotiations collapsed in February. Trump said a potential third summit with Kim could happen.

"But in the meantime we have our hostages back," Trump told reporters at the White House referring to American detainees whom the North returned to the US. “In the meantime he’s kept his word," Trump said of Kim. "That’s very important to me.” 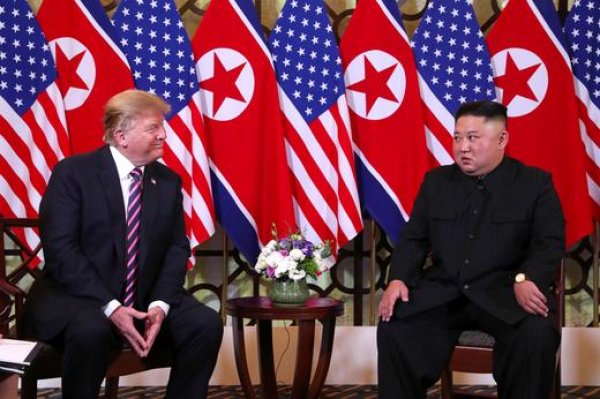 North Korea has been insisting on immediate relief from biting international sanctions before it takes any additional steps towards nuclear disarmament  a demand that has been balked at by Washington. Following the February breakdown North Korea carried out a short-range ballistic missile launch last month that rattled close US allies Japan and South Korea.