Palm Sunday marks the start of a hectic week of activities leading to Easter Sunday, the most important day on the Christian liturgical calendar.

Tens of thousands of people waved palm and olive branches in St. Peter’s Square on Palm Sunday as Pope Francis led the world’s Catholics into Holy Week commemorations ahead of Easter calling for the Church to be humble.

HE PRAYED FOR PEACE

Palm Sunday is when Christians mark the day the Bible says Jesus rode into Jerusalem and was hailed by the crowd as Messiah, only to be crucified days later. After a long procession across the square accompanied by dozens of bishops and cardinals, and following gospel readings, Francis said in his homily that it was important to resist the temptations of triumphalism and remain humble. 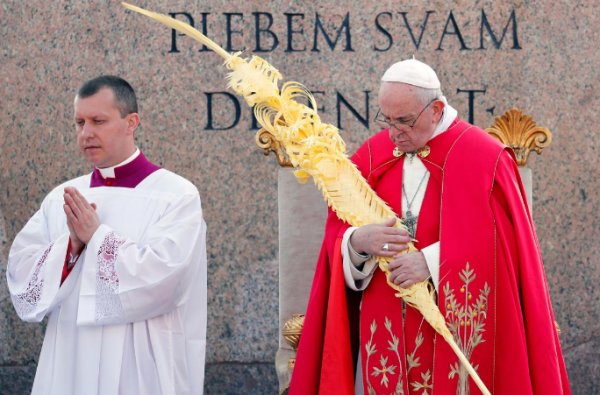 At the end of the two-hour service, Francis asked the crowd to pray for peace, particularly in the Holy Land and all of the Middle East. On Holy Thursday, Francis will travel to the city of Velletri, south of Rome, to wash and kiss the feet of 12 inmates in a prison there to commemorate Jesus’ gesture of humility toward his apostles on the night before he died. 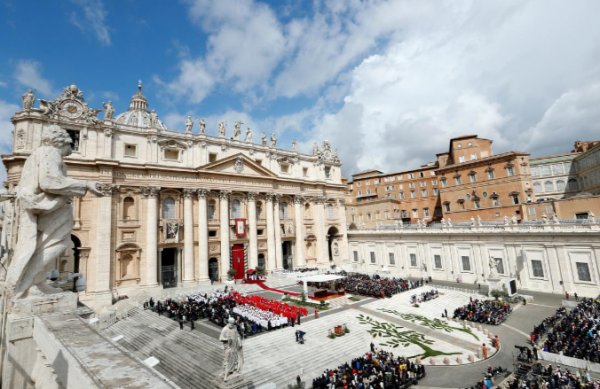 On Good Friday, Francis, marking his seventh Easter season since his election in 2013, is due lead a Via Crucis (Way of the Cross) procession around Rome’s ancient colosseum. 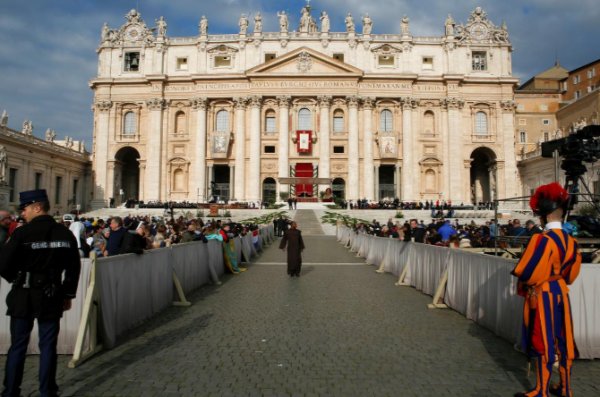 The 82-year-old leader of the world’s 1.3 billion Roman Catholics leads an Easter vigil service on Saturday night and on Easter Sunday he reads the traditional “Urbi et Orbi” (to the city and the world) message.