US Secretary of State Mike Pompeo sought to reduce heightened trade tension with India on Wednesday, promising a renewed focus on negotiating better ties, but giving few specifics of how they would overcome their disputes over trade and investment.

"THE SPIRIT OF FRIENDSHIP"

Pompeo’s India visit comes as the two countries grapple with issues ranging from access to Indian markets for American firms to New Delhi’s demand for foreign companies to store Indian data in the country, and exports of steel and aluminum to the US. 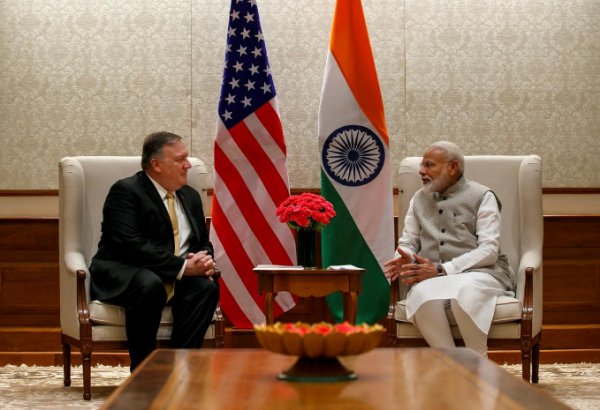 The two nations are “friends who can help each other all around the world,” Pompeo told a joint news conference with Indian Foreign Minister Subrahmanyam Jaishankar after they met. The current differences were expressed “in the spirit of friendship”, he added.

However, any progress on trade would probably be announced at an expected meeting of Indian Prime Minister Narendra Modi and Donald Trump at a Group of 20 (G20) summit in Japan this week, economic and political analysts said.