Secretary of State Mike Pompeo underlined that the planned safe zone also intends to prevent further tensions between Turkey and the US-backed groups in the area.

The US is planning to set up a safe zone in northern Syria to reduce the risk of terror attacks on Turkey and avoid further tension in the region, Secretary of State Mike Pompeo said on Friday.

"WE WILL FIND A SOLUTION TO THE POLITICAL PROBLEM IN SYRIA"

Speaking at a joint news conference with German Foreign Minister Heiko Maas following their meeting in Berlin, Pompeo underlined that the US will continue to support UN efforts for a political solution in Syria and continue its efforts to reduce risk of violence.

“You’ve seen the work that we have done with the Turks in Manbij the west of the Euphrates River,” Pompeo said referring to the joint patrols by the US and Turkish troops in the area. “And we are attempting to set up a system something that can add to that. Call it a buffer zone, call it what you will. That will reduce the risk of terrorists attacking from Syria into Turkey,” he said. 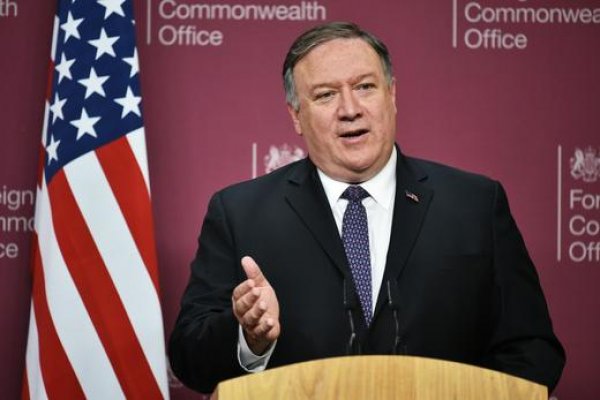 The activities of the terrorist PYD/PKK group in northern Syria has been a major security concern for Ankara, while the US administration viewed the group as a “reliable partner” in the fight against Daesh.