Pompeo: Attacks on Saudi Arabia should be stopped

US Secretary of State Mike Pompeo says, we call on the Iran-backed Houthis to end these reckless and provocative attacks on behalf of the Iranian regime.

"We call on the Iran-backed Houthis to end these reckless and provocative attacks on behalf of the Iranian regime," he said. on Monday called on Houthi rebels to cease attacks on Saudi Arabia after an airport in the country suffered from a drone attack.

HE CALLS ON HOUTHIS TO END ATTACKS ON S.ARABIA

Pompeo also singled out Iran, who the US accuses of funding and supporting the Houthis, for putting the lives of Americans in Saudi Arabia at risk.

The attack on the Abha International Airport on Sunday, according to the secretary, caused one death and 20 injuries, and was the second strike on the Saudi airport in two weeks. 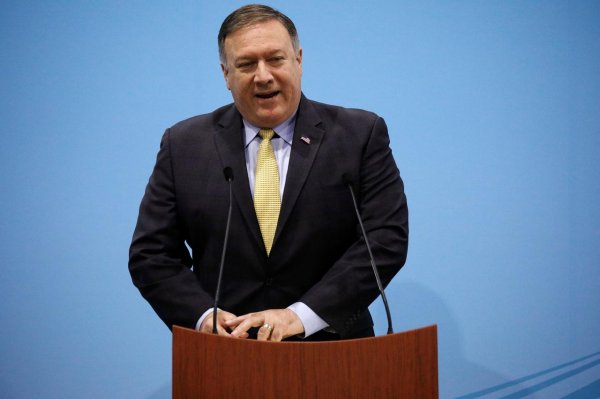 "These Iranian-backed attacks are unacceptable, and all the more reprehensible given that they targeted innocent civilians. They also put Americans living, working, and transiting through Saudi Arabia at risk," Pompeo said in a statement.

Pompeo is currently in Saudi Arabia on a trip to discuss tensions with Tehran, and said "the United States will continue to stand with all of our allies and partners in the region." "We will continue to pursue peace and stability in Middle East," Pompeo said. "And we will continue our pressure campaign until Iran stops its torrent of violence and meets diplomacy with diplomacy."