The protesters, some frantically changing out of their tell-tale black clothes behind umbrellas on the way, later headed west toward Central, the main tourism and business district.

A series of protests in the Chinese-ruled city for and against Communist Party rulers in Beijing is planned ahead of the 70th anniversary of the People’s Republic on Tuesday, including at the consulate of former colonial power Britain.

PROTSTERS CLASH WITH THE SECURITY FORCES

The protesters, many dressed all in black and wearing masks, took cover under umbrellas from the water cannon and fled after the demonstrations had taken a familiar turn into clashes with police as they have done regularly over more than three months. 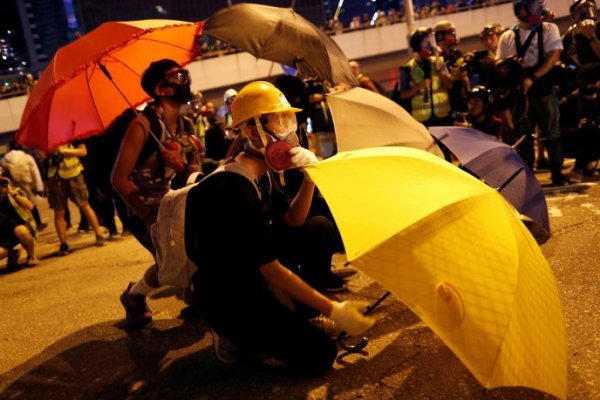 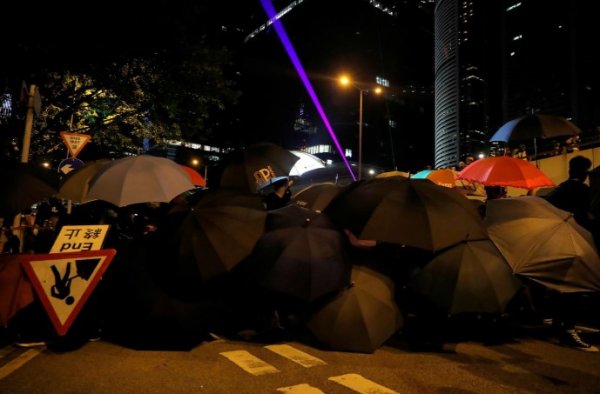 They had smashed windows of government offices and tried to break in, shouting obscenities and daubing slogans on shop-fronts. They had also shone lasers at a helicopter hovering overhead. 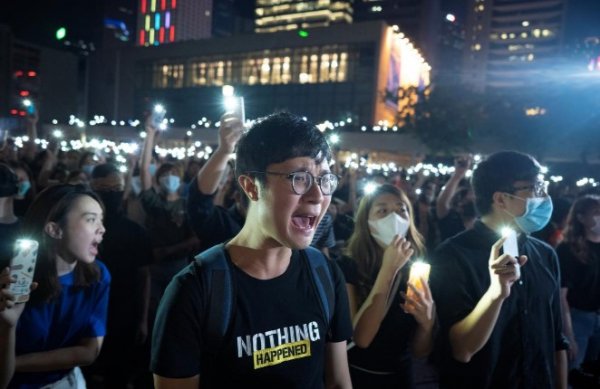 “A large group of violent protesters are occupying Harcourt Road. They also hurled bricks at police officers. Their acts pose a serious threat to the safety of everyone on site,” police said in a statement. 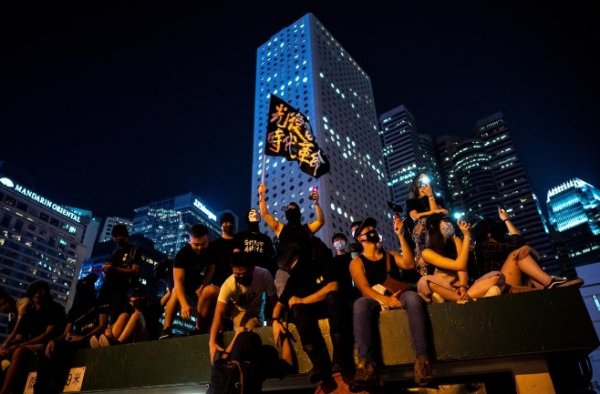