According to the sources, the plane crashed into houses after missing its take-off from the city's international airport.

The death toll from a plane that crashed into a densely populated neighborhood in Goma in eastern Democratic Republic of Congo on Sunday morning has risen to at least 24, a provincial lawmaker and rescue worker.

Jean Paul Lumbulumbu, the vice president of North Kivu’s parliament, said 24 bodies had been recovered from the rubble. A rescue worker, who asked not to be named, said 26 bodies had been found.

The passenger jet crashed into a residential neighborhood in the city of Goma while taking off from the nearby airport. The airline, local company Busy Bee, said there were 16 passengers and two crew members on board.

RESIDENTS ON THE GROUND ARE AMONG THE CASUALTIES

The aircraft, operated by local company Busy Bee, was en route to the city of Beni, about 250 km (155 miles) to the north, North Kivu Governor Carly Nzanzu Kasivita’s office said in a statement. 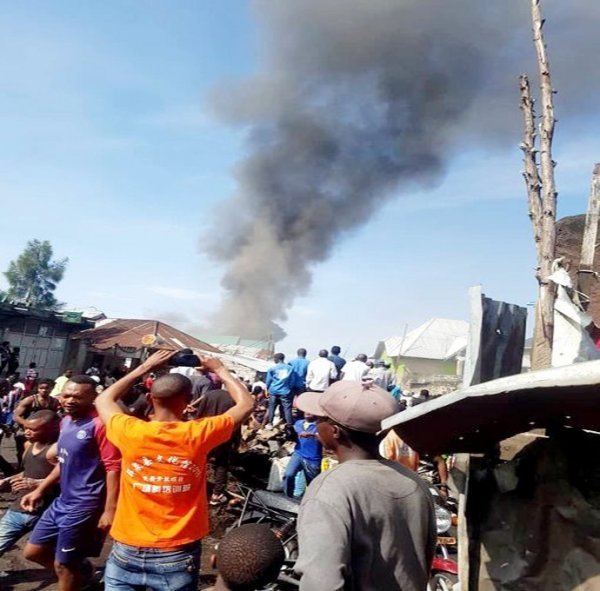 An official from Busy Bee, who asked not to be named, said the 19-seater Dornier 228-200 crashed with 16 passengers and two crew on board.

According to the witnesses at the scene of the crash, two people were rescued before the plane exploded. It was unclear how many others on the ground may have been killed or injured.

Air accidents are relatively frequent in Congo because of lax safety standards and poor maintenance. All Congolese commercial carriers, including Busy Bee, are banned from operating in the European Union.

A cargo plane departing from the same airport crashed an hour after take-off in October, killing all eight passengers.