Peskov: No delay in S-400 delivery to Turkey

Russian Presidential Spokesman Dmitry Peskov says S-400 delivery is to be according to schedule, to be delivered at an earlier date at Ankara's request.

The delivery of S-400 missile defense systems to Turkey is going according to the schedule, Russian Presidential Spokesman Dmitry Peskov said on Wednesday.

"NO DELAY IN THE DELIVERY"

"The delivery will be carried out earlier than originally planned, at the request of the Turkish side," Peskov told reporters in Kazakhstan's capital Nursultan, formerly known as Astana. He added that there would be no delay in the delivery defense hardware.

Tensions between the US and Turkey have reached a fever pitch in recent months with Turkey set to begin receiving the advanced S-400 Russian surface-to-air missile system that Washington said will jeopardize Turkey's role in the F-35 fighter jet program and could trigger congressional sanctions. 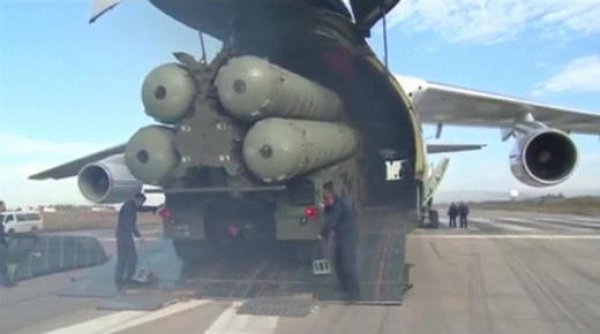 Turkey decided in 2017 to purchase the S-400 system following protracted efforts to purchase air defense systems from the US with no success.