People take refuge on beaches to escape wildfires in Australia

Authorities said the main firefront was moving up the coast and warned those in its path to seek shelter close to the beach.

Thousands swarmed to beaches on Australia’s east coast on Tuesday to escape fierce wildfires bearing down on several seaside towns, as the government readied naval vessels and military helicopters to aid firefighting and evacuations.

Government officials called for Australian military support and assistance from US and Canadian fire crews as authorities confirmed two people had died overnight, taking to 11 the total deaths in wildfires since the beginning of October. 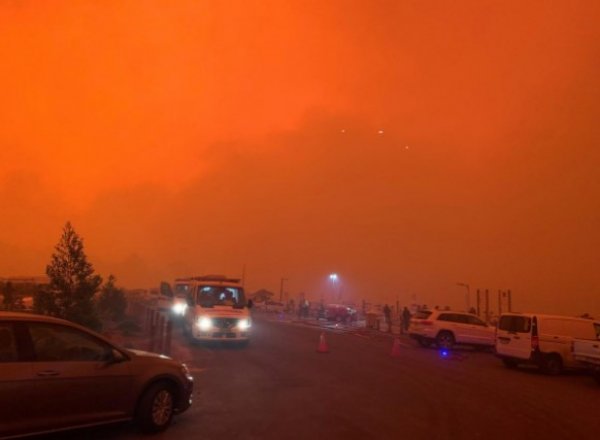 Fueled by searing temperatures and high winds, more than 200 fires are now burning across the southeastern states of New South Wales and Victoria, threatening several towns and snapping their power, mobile and internet links. 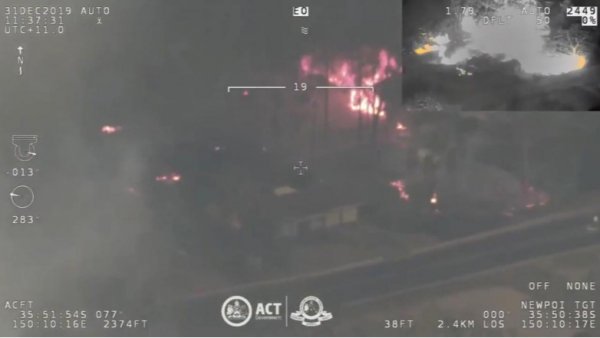 About 4,000 people in the town of Mallacoota in Victoria headed to the waterfront after the main road was cut off. Those who could not make it there scrambled for shelter in a gymnasium and other public buildings, as emergency sirens wailed. 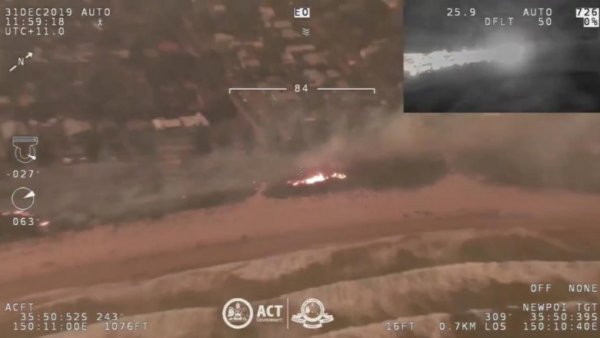 Some of those trapped in the town posted images of blood-red, smoke-filled skies on social media. One beachfront photograph showed people lying shoulder-to-shoulder on the sand, some wearing gas masks. 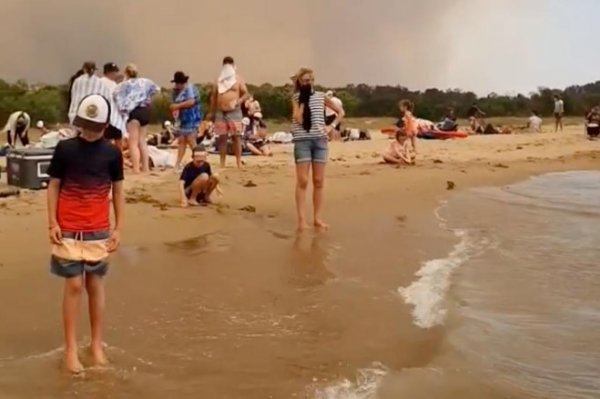 Authorities said that by late afternoon the worst danger had passed.