Around 14 people died and many were injured when a massive tent erected for people attending a religious gathering collapsed during a dust storm in India on Sunday, police said.

At least 14 people were killed and several others injured on Sunday after a pandaal collapsed in Barmer district of Rajasthan.

At around 4.30 pm, the incident happened at Rani Bhatiyani temple in Barmer around 500 km from Jaipur where several people had gathered for listening to Ram Katha (story of Ram). 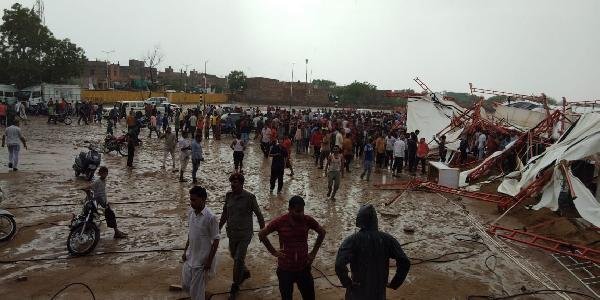 The injured have been rushed to a nearby hospital and an inquiry has been ordered into the incident by district administration.