A Palestinian videographer has been blinded in one eye after being shot by an Israeli sniper while covering protests in the West Bank city of Hebron (Al-Khalil).

A freelancer from al-Dheisheh refugee camp in the West Bank city of Bethlehem, Muath Amarneh, 32, was shot by a live bullet in his left eye while covering protests in Surif village near Hebron earlier this week.

DOCTORS REMOVED THE REMAINING OF THE EYE

Photos of Muath with blooded eye, wearing his press life-vest and wearing his camera, went viral on social media in recent days, triggering solidarity campaigns with him from around the world.

Also, several Arab and foreign politicians, sportsmen and journalists showed their solidarity with the Palestinian journalist, appearing on social media and television while covering their left eye. 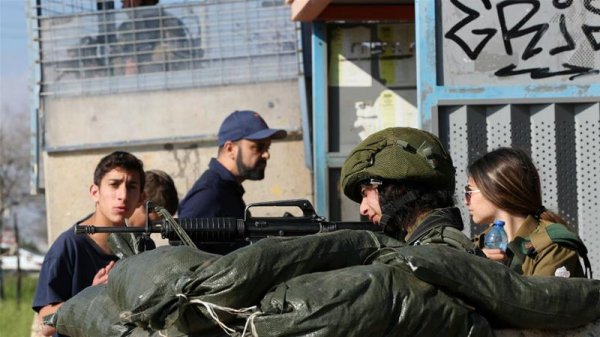 On Tuesday, Muath underwent a critical surgery when doctors successfully removed the remaining of the journalist's left eye. The doctors, however, could not remove a shrapnel from his head due to high risk to his life.