Pakistan claimed to have shot down an Indian spy drone on Saturday along the Line of Control -- the de facto border that divides Jammu and Kashmir.

BOTH SIDES CLAIMED TO HAVE DOWNED WARPLANES

"Pakistan army troops shot down an Indian spying quadcopter in Rakhchikri Sector along Line of Control," army spokesman Maj. Gen. Asif Ghafoor said in a tweet. The quadcopter had come 150 meters inside Pakistan, he added.

Tensions between the South Asian neighbors have escalated following a militant attack on an Indian military convoy that killed at least 40 troops in mid-February in Indian-administered Kashmir. 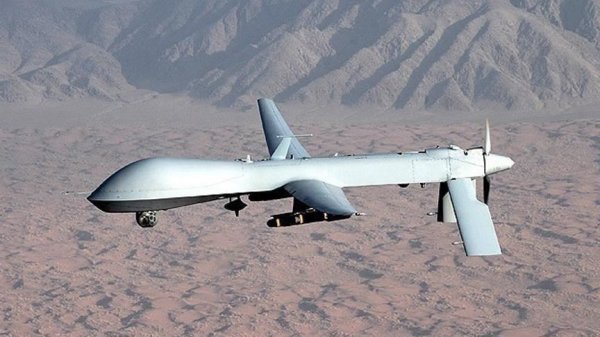 Air forces of both sides claimed to have downed each other's warplanes last month further heightening tensions. The two sides are also engaged in heavy clashes along the LOC.

Jammu and Kashmir, a Muslim-majority Himalayan region, is held by India and Pakistan in parts and claimed by both in full. A small sliver of Kashmir is also held by China.