Opposition is pushing the transition to democracy in Sudan

According to the report, talks between Sudan's military rulers and opposition on the transition to democracy failed to produce any results.

A growing gap between Sudan's military rulers and the opposition is complicating the country's transition to democracy and undermining hopes for stability and a better future among civilians.

Sudan has remained in turmoil since April 11, when the military establishment ousted the long-serving President Omar al-Bashir after months of popular protests against his 30-year rule.

The army established a Transitional Military Council (TMC), which has pledged to hold fresh presidential election after a two-year "transitional period". The TMC has engaged in talks with the opposition-led Freedom and Change Coalition (FCC) about the handover of power to a civilian government, but the talks failed to produce any results. 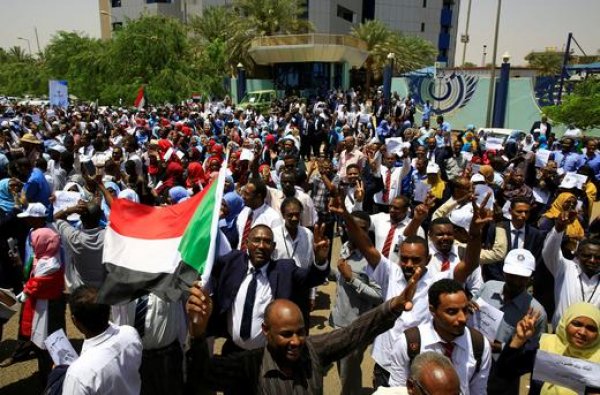 The situation escalated when government forces forcibly dispersed a two-month sit-in calling for the handover of power to a civilian administration in Khartoum, killing more than 100 protestors.

The opposition responded by staging a nationwide "civil disobedience" campaign to pile pressure on the military rulers to hand over power to civilians.

The TMC hit back by cancelling all previous agreements with the opposition and suspending all talks with them.