The New York Times newspaper announced Monday it will no longer publish political cartoons in its international edition beginning July 1.

THE CARTOON DEPICTED NETANYAHU AS A DOG

The newspaper made the decision after one of its "anti-Semitic" caricatures prompted outrage in Israel and among Israeli lobbies.

The Times also ended its relationship with two cartoonists who depicted  Donald Trump as a blind person with a Jewish kippah on his head and Prime Minister of Israel, Benjamin Netanyahu as a service dog. The Times said it "stopped running syndicated political cartoons, after one with anti-Semitic imagery was printed in the Opinion section of the international edition."It later issued an apology, saying the cartoon was “clearly anti-Semitic and indefensible.” 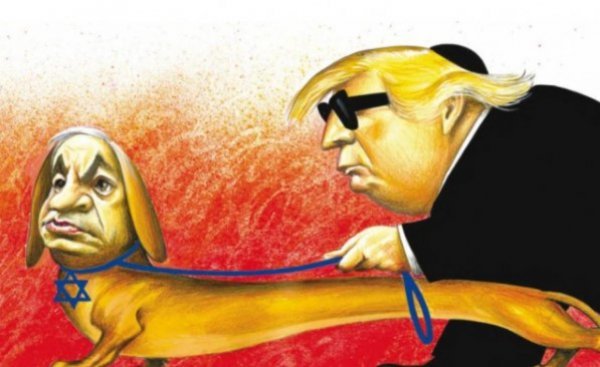 Apparently stemming from high-level pressure from certain power centers, newspaper, instead of defending the freedom of expression, fired veteran political cartoonists Patrick Chappatte and Heng Kim Song. The artists expressed disappointment and astonishment for getting fired over one cartoon.