North Macedonia to a member of NATO

NATO Secretary-General Jens Stoltenberg announced that North Macedonia is to become a full-fledged member by the end of 2019.

N.MACEDONIA WILL BECOME A FULL-FLEDGED MEMBER AT THE LONDAN SUMMIT

Speaking at a news conference, Stoltenberg said that the ratification of the accession protocol for North Macedonia will be completed by December and it will become a full-fledged member at the London Summit. 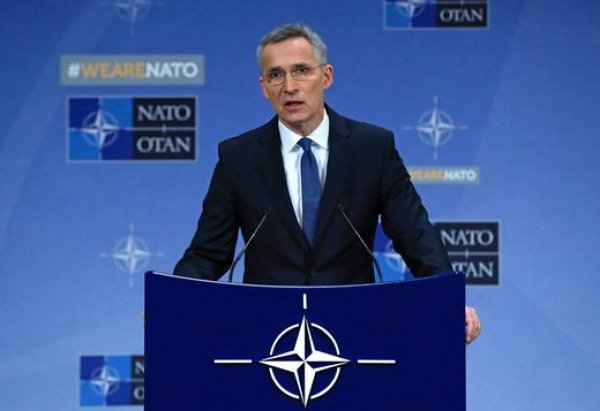 "It does not depend on me how fast they will ratify, but it would be very good if they can finish by December when leaders meet in London. If not then, I expect it to happen very soon afterwards," said Stoltenberg. Stoltenberg stressed that North Macedonia meets all standards for NATO membership.

According to him, the membership of North Macedonia in NATO is a signal that the policy of "open doors" is functioning successfully. "NATO enlargement is a great success story that helps to spread prosperity, stability and democracy in Europe," Stoltenberg said.