In the first two KN-25 tests in August and September missiles were fired 17 minutes and 19 minutes apart.

North Korea fired two short-range projectiles into the sea off its east coast on Thursday in a fourth test of its new super-large multiple-rocket launcher, South Korea’s Joint Chiefs of Staff (JCS) said told a briefing.

The latest test of the so-called KN-25 missile came as a Thanksgiving Day reminder to the United States of a year-end deadline Kim has set for Washington to show flexibility in their stalled denuclearization talks. 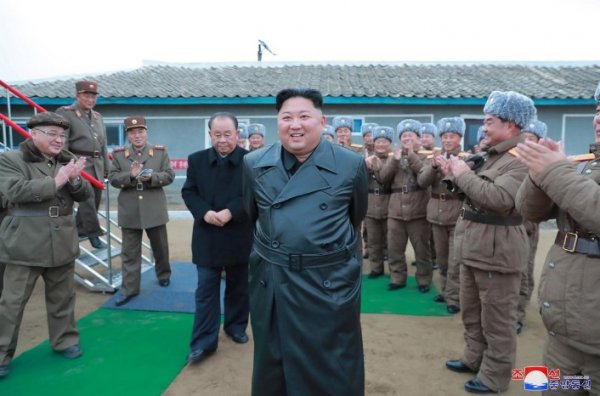 The series of tests since the KN-25 was first unveiled in August show the North Koreans steadily improving their ability to quickly fire multiple rockets from their mobile launch vehicles.

That capability makes it more likely that in case of a war, North Korean rocket crews could speedily deploy, fire and move before being targeted by South Korean or American forces, experts said.