According to the local sources, the North Korean leader asked his soldiers to set up a well-knit system to ensure full readiness for carrying out a combat mission at any moment.

During his inspection of a front-line military unit on Changrin island north of the western sea border with South Korea, Kim set the target for firing drills. 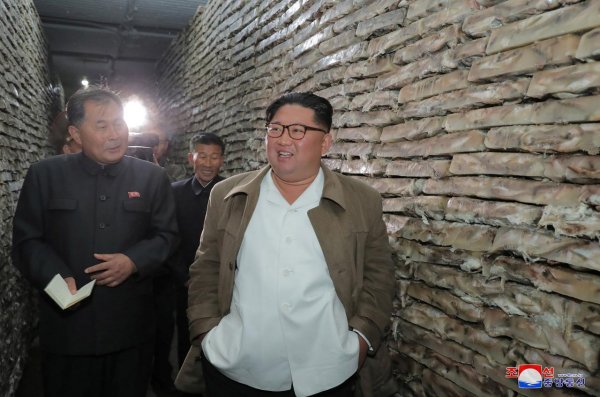 The site of drill fire lies just north of the Northern Limit Line -- a de facto maritime border with South Korea -- which saw bloody naval skirmishes between the two Koreas in the past.

Triggering regret from South Korea, Seoul termed the firing drills as a "violation of a military agreement the two Koreas signed in September last year to avoid activities that increase tensions near the border," Yonhap news agency reported.