The Nobel Prize in Physics has been jointly awarded to James Peebles, Michel Mayor and Didier Queloz for their work in furthering our understanding of the universe.

In a ceremony in Stockholm on Tuesday, Peebles was awarded half the prize while Mayor and Queloz shared the other half.

"THE DISCOVERIES HAVE FOREVER CHANGED OUR CONCEPTIONS"

Peebles was awarded the prize for "theoretical discoveries in physical cosmology," while Mayor and Queloz won for "the discovery of an exoplanet orbiting a solar-type star."

"This year’s Laureates have transformed our ideas about the cosmos," the Royal Swedish Academy of Sciences said on awarding the 9 million Swedish crown ($910,000) prize. 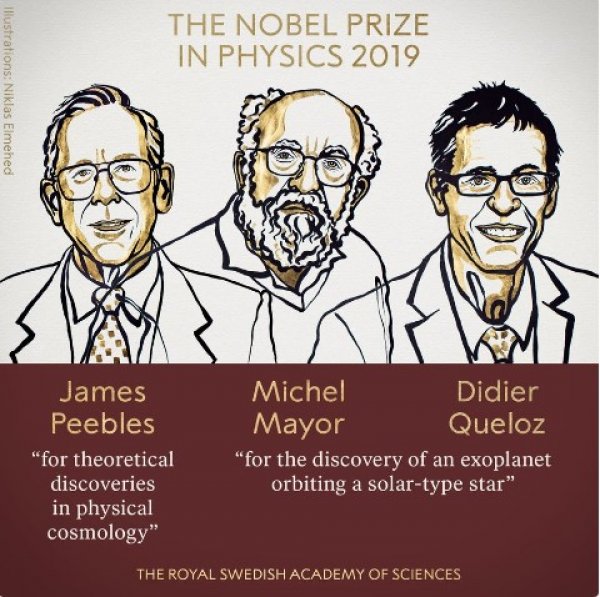 "This year's Nobel Prize in Physics rewards new understanding of the universe's structure and history, and the first discovery of a planet orbiting a solar-type star outside our solar system," tweeted the Nobel committee.