Sara Netanyahu will have a criminal record, though as part of the agreement the charges were reduced.

"THIS LADY IS MADE OF STEEL"

Netanyahu's attorney Yossi Cohen told the court his client had already been heavily punished by the media. "Four years of ugly leaks and denigrations" constituted "inhuman punishment", he said. "No other person could have withstood this, this lady is made of steel," Cohen added. 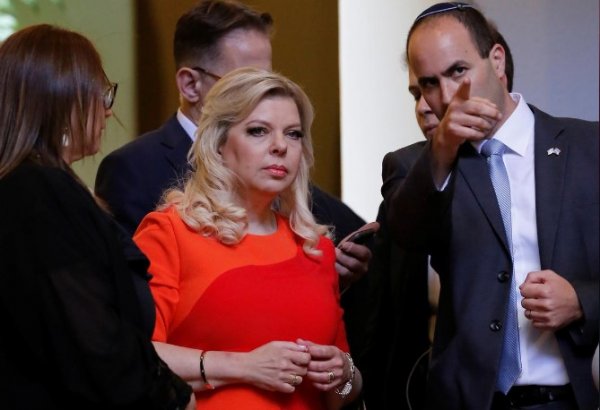 According to the original indictment, Sara Netanyahu, along with a government employee, fraudulently obtained from the state more than $100,000 for hundreds of meals supplied by restaurants, bypassing regulations that prohibit the practice if a cook is employed at home.

Smiling broadly, Netanyahu faced a phalanx of cameras in the courthouse before the session got under way.