Israeli Prime Minister Benjamin Netanyahu threatened to deal a crushing blow to Lebanon, a day after the Lebanese-based militia's leader said it is capable of destroying Israel.

Israeli Prime Minister Benjamin Netanyahu on Sunday warned of a “crushing” attack on Lebanon in response to any military action from Lebanese group Hezbollah.

"IF THERE IS AN ATTACK, WE WILL DEAL A CRUSHING MILITARY BLOW ON LEBANON"

In an interview with Hezbollah’s Al-Manar television on Friday, group leader Hassan Nasrallah said key Israeli sites were in the range of Hezbollah’s rockets.

“Over the weekend we heard Nasrallah’s arrogant words about his attack plans,” Netanyahu said at the beginning of the weekly government meeting. “Let me be clear that if Hezbollah dares to commit an act of stupidity and attack Israel we will deal a crushing military blow on Lebanon,” he added. 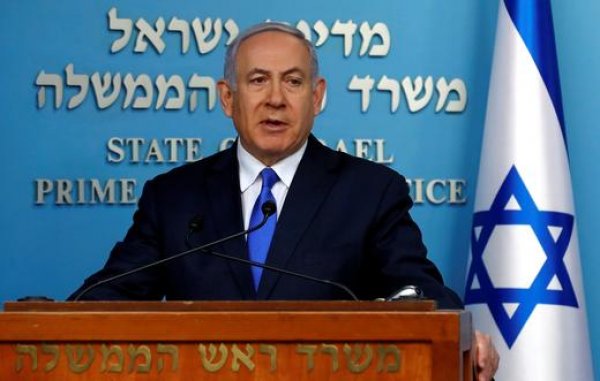 “Suffice it to say that for years Nasrallah dug terror tunnels, which we destroyed within days,” he said, in reference to the destruction of what Israel says tunnels dug by Hezbollah along Israeli-Lebanese border.

Nasrallah spoke on the 13th anniversary of an Israeli war on Hezbollah in 2006, in which at least 1,200 people, mostly Lebanese civilians, were killed.