Prime Minister Benjamin Netanyahu said on Thursday that Israel is prepared to wage a broad military campaign in Gaza if needed, after a two-day flareup of cross-border fighting that has thrust his security policies to the fore two weeks before an election.

In Gaza, organizers announced plans for a massive protest on Saturday along the border to mark the anniversary of weekly demonstrations at which Israeli forces have, according to Gaza medical officials, already killed nearly 200 Palestinians.

Israel launched air strikes and moved troops and armor reinforcements to the Gaza border this week after a rocket attack from the Hamas Islamist-run enclave wounded seven Israelis in a village north of Tel Aviv on Monday. 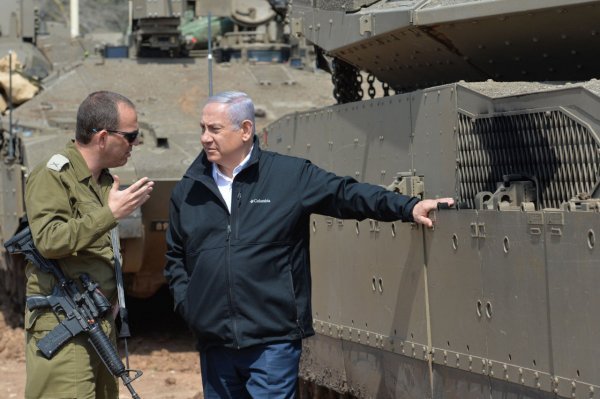 “All Israelis should know that if a comprehensive campaign is required, we will enter it strong and safe, and after we have exhausted all of the other possibilities,” Netanyahu said after visiting the Gaza frontier and meeting with Israeli commanders.

Although this week’s fighting has since died down amid Egyptian mediation, Israel’s security posture toward Gaza will be tested again by what are expected to be massive demonstrations on Saturday. 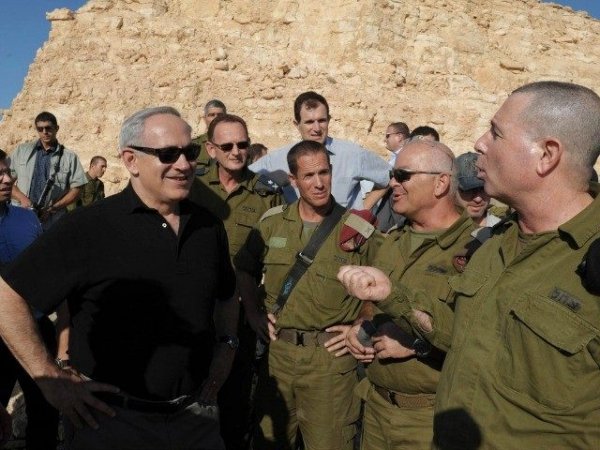 The United Nations Human Rights Council said last week that Israeli security forces may have committed war crimes by using excessive force at the protests. Israel says the protests are used as cover by militants to attack the frontier, and lethal force is needed to safeguard border towns from infiltration. “The military will resort to a very strong hand against anyone trying to confront our troops,” Israeli security cabinet minister Arye Deri told Army Radio. “Let no one blame Israel after.”

Israel captured Gaza in a 1967 war and withdrew its troops and settlers in 2005. Two years later, Hamas, which calls for Israel’s destruction, took power in the territory. Israel fought three wars against the group from 2007-2014.