Netanyahu thanks Trump for labeling Iranian military a terror group

"THANK YOU FOR ACCEPTING MY REQUEST"

“Thank you for accepting another important request of mine, which serves the interests of our countries and countries in the region,” Netanyahu says in a tweet.

“We will continue to take action in various means against the Iranian regime, which threatens the State of Israel, the US and world peace.” 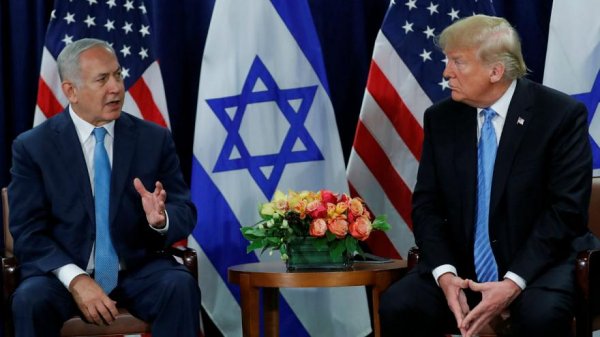 Netanyahu’s choice of words seemed to imply that Trump’s earlier decision to recognize Israeli sovereignty over the Golan Heights, Syrian territory Israel seized by force in 1967, was also a gift given at the request of the embattled Israeli prime minister.