Netanyahu is running out of time to form the government

Israeli Prime Minister Benjamin Netanyahu has only eight days until May 28 to form the next government.

Israeli Prime Minister Benjamin Netanyahu might call for re-elections as coalition talks to form a government have stalled, a member of the Likud party warned on Monday.

IT COULD BE A RE-ELECTION CALL

The Likud member said if coalition talks reached a dead end, Netanyahu might call for new polls, according to Israeli daily Yedioth Ahronoth. Netanyahu has only eight days until May 28 to form the next government. In office for a decade, Netanyahu won a record fifth term in the April 9 polls after his right-wing Likud party won 36 seats in Knesset (Israel’s parliament). 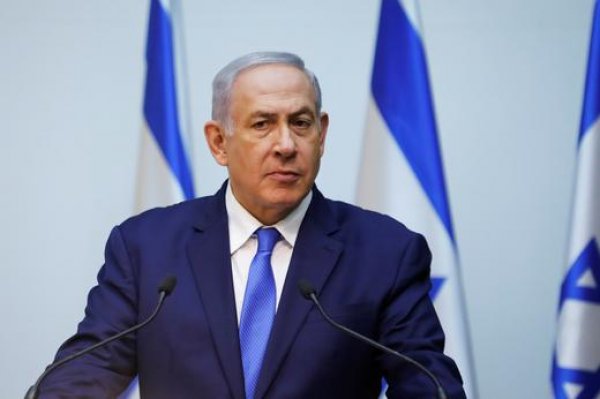 The Likud member said Netanyahu would take the decision regarding re-elections if no significant progress was made in coalition talks during the upcoming week.

Last week, Netanyahu said smaller parties "need to climb down from the tree," since they are making exaggerated demands to enter the government. If he manages to form a new government, Netanyahu will be the longest-serving leader in Israel's history.