Neo-Nazis appear in court for forming terror group in Germany

Members of Revolution Chemnitz have been charged with forming a rightwing terrorist organization.

Eight members of the far-right group Revolution Chemnitz went on trial Monday on charges of plotting terrorist attacks in Germany.

The neo-Nazi suspects, aged between 21 and 32, appeared in a regional court in the eastern German state of Dresden for the first time since their arrest last year.

CHARGED WITH PLANNING ATTACKS AGAINST FOREIGNER 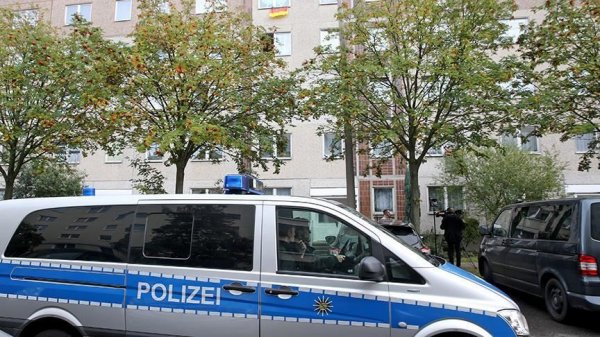 The group’s internal communications had revealed that they planned a terrorist attack in Berlin on Oct. 3, during the "Day of German Unity" celebrations.

They were arrested in mid-September 2018 in the eastern German state of Chemnitz, a stronghold of far-right parties and groups.