In 2012, more than 40 children died of the symptoms akin to that of AES. It was mostly observed in young malnourished individuals with symptoms such as fever and headache.

A total of 29 children have died due to suspected acute encephalitis syndrome (AES) in India's eastern state of Bihar, local media reported on Wednesday.

AES is a severe case of encephalitis transmitted by mosquitoes. It is characterized by high fever and inflammation of the brain.

According to local daily Hindustan Times, Sanjay Kumar, a senior official in the Health Ministry, said experts will visit the affected areas to take stock of the situation and suggest effective measures to deal with it. 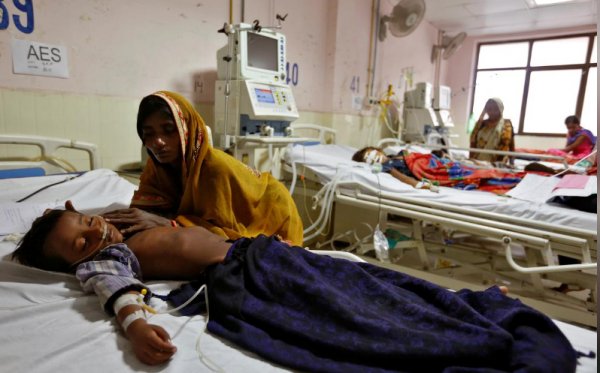 Speaking to the media, Sunil Shahi, director of Sri Krishna Medical College and Hospital in Muzaffarpur city, said a total of 86 people have been admitted to hospital because of AES since the beginning of this month.