The chief of the NATO alliance on Tuesday condemned the deadly attacks by the Assad regime in Idlib, an area of northwestern Syria supposed to be under a cease-fire.

"WE CALL ON RUSSIA TO STOP THESE ATTACKS"

“We have seen indiscriminate shelling of also civilian targets, and we condemn this because we condemn indiscriminate attacks against civilians,” Secretary General Jens Stoltenberg told reporters ahead of a NATO defense ministers meeting starting Wednesday.

“I'm very concerned about the situation in Idlib, because we have seen horrendous attacks against civilians. We have seen, again, that hundreds of thousands of people have been forced to flee,” he added. 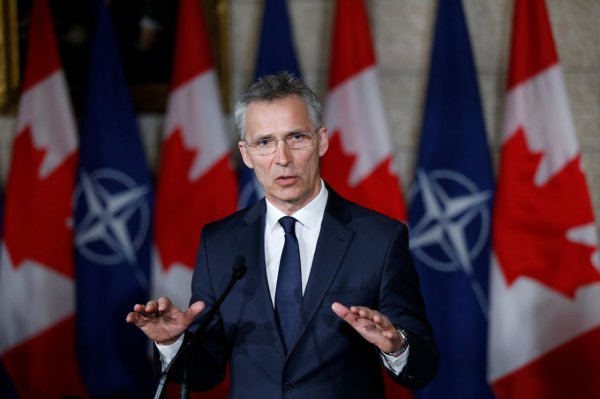 Stoltenberg also called on the Assad regime and Russia to stop attacks in Idlib and that the issue is expected to be raised at the defense ministers meeting. “We call on Assad and on Russia, because Russia provides support to the regime, to stop these attacks, to respect international law and to fully support the UN efforts to try to find a peaceful solution,” he said.