"Infantry Commandos or 'Blue Berets' by their popular name in Turkey are the prominent infantry branch of our Turkish Allies," said the NATO command on Twitter.

The command with its headquarters in Turkey’s eastern Izmir province is responsible for enabling the effectiveness and interoperability of the alliance on its land warfare.

"They are specialized in conducting counter-terrorism, border security and area denial operations in the Land Domain," added the NATO command. 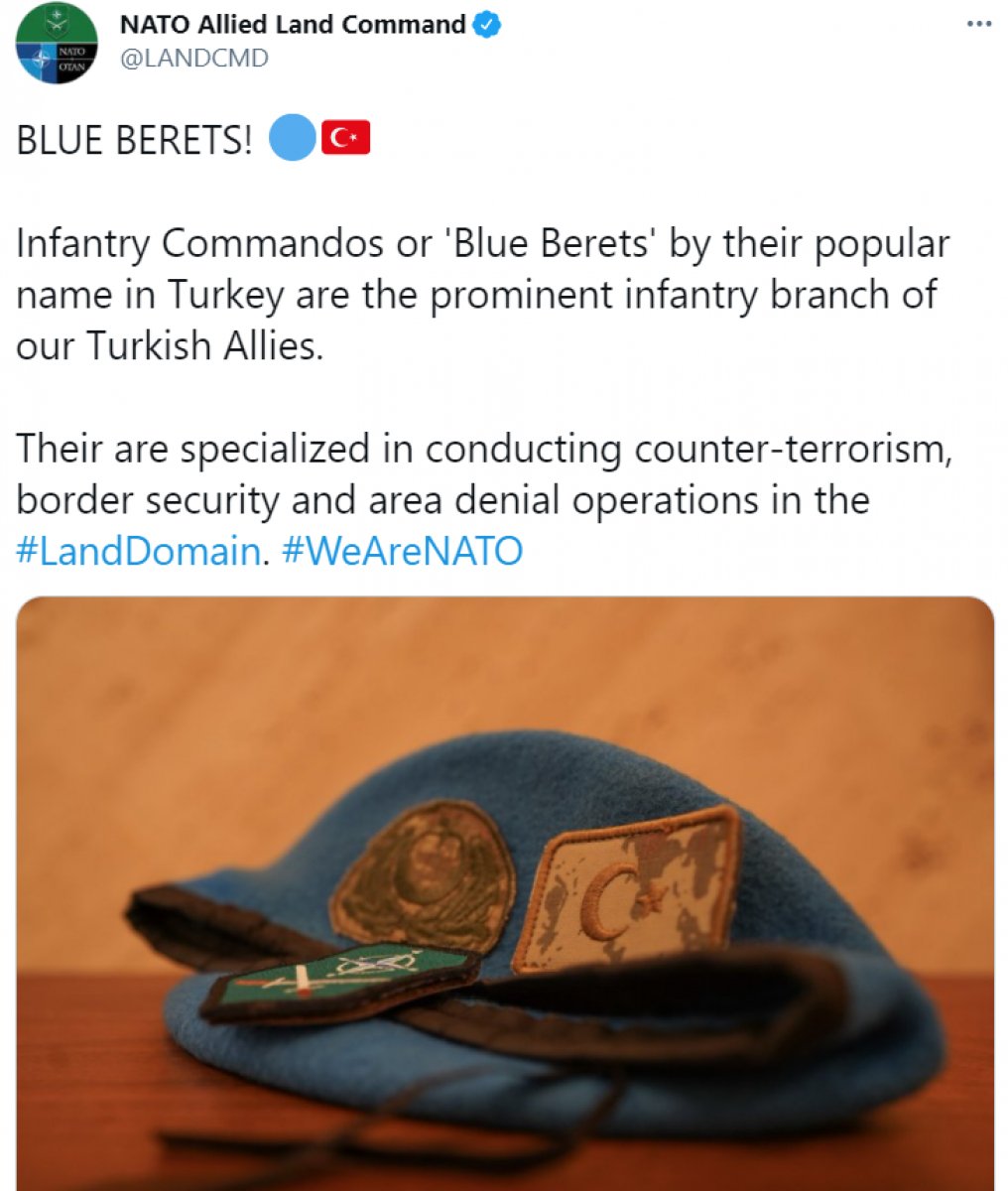