According to the report, two suicide bombings attacks targeted security forces in the Tunisian capital on Thursday.

A body of Muslim scholars on Saturday condemned twin suicide bombings that targeted security forces in Tunisia this week.

On Thursday, a bomber blew up himself at a security patrol in the center of capital Tunis, killing a police officer and wounding others, according to the interior ministry.

Another bomber detonated a device at the back door of a police building in the city, wounding four security officers, the ministry said. The two attacks were claimed by the Daesh terrorist group. 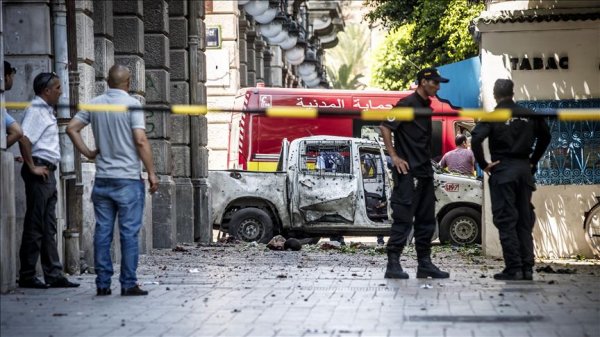 “Assault on the innocents is a criminal act that is criminalized by all religions,” the International Union of Muslim Scholars (IUMS) said in a statement.

“The sanctity of innocent blood is preserved by all religions and international law,” the Qatar-based body said, going on to reiterate its rejection “of violence and terrorism no matter what the motives and reasons”.