Modi's plane will not use Pakistan airspace

Indian‘s Prime Minister Narendra Modi's aircraft will not fly over the Pakistan airspace to Bishkek for the SCO summit.

Indian prime minister will not use Pakistan’s airspace to travel to Kyrgyzstan’s capital Bishkek, where he will attend a meeting of Shanghai Cooperation Organization (SCO) this week, a statement said on Wednesday.

''The Government of India had explored two options for the route to be taken by the VVIP Aircraft to Bishkek. A decision has now been taken that the VVIP Aircraft will fly via Oman, Iran and Central Asian countries on the way to Bishkek,” the statement by the Ministry of External Affairs said.

The decision came even after Pakistan had granted India’s request to allow Prime Minister Narendra Modi’s aircraft to fly through its airspace. 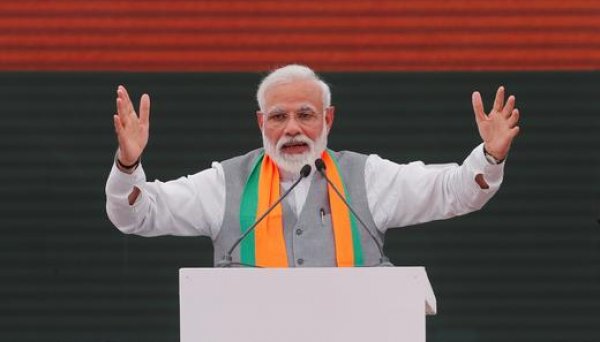 "Pakistan has given flight clearance to Indian Prime Minister Modi to use its airspace to travel to Bishkek," a senior official in Pakistan’s Ministry of Foreign Affairs, told Anadolu Agency.

Pakistan had closed its airspace soon after an air combat in February between Pakistani and Indian air forces in which both sides claimed to have shot down each other's aircraft.