If elected, Katerina Sakellaropoulou will be the first female president of Greece.

Greece's prime minister announced Wednesday his nomination of one of the country's top judges, Katerina Sakellaropoulou, as its next president.

In a televised address on state-run channel TV ERT, Kyriakos Mitsotakis said the next president would have to incorporate the nation's unity, as well as have a sense of duty, knowledge, prestige and international experience.

Despite the fact the office of the president is largely ceremonial, the choice had to reflect Greece's renewal, and be "a window opening to the future," said Mitsotakis. He underlined that parliament deputies of the ruling party had fully approved the candidacy of Sakellaropoulou, who is the first woman to serve as head of the Council of State. 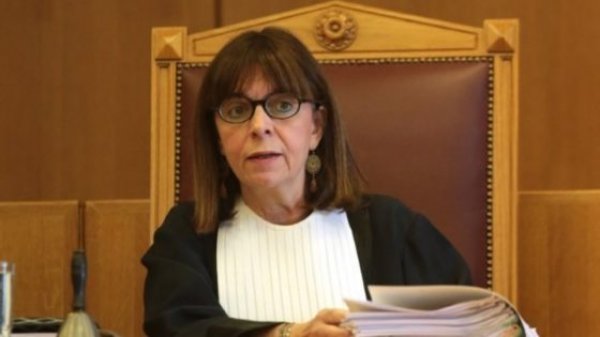 If her candidacy gets approved by the Greek Parliament, she will replace incumbent Prokopis Pavlopoulos, whose term expires in March. She will also be the first female president in Greece’s history.

The choice for the country's highest office "honors both justice and the modern Greek woman," Sakellaropoulou told the state-run Athens-Macedonian News Agency, thanking Mitsotakis for the candidacy. "I accept the proposal and, if elected, will devote all my efforts to serving this high duty, as set out by the constitution," she said.