Greece's Prime Minister Kyriakos Mitsotakis called on Germany and other EU states to take in migrants directly from Greek islands.

Greece is working hard to deal with worrisome humanitarian conditions in refugee camps in Lesbos and other Greek islands, Mitsotakis said.

A total of 2,152 migrants landed on the islands of the eastern Aegean between November 1 and 14.

Mitsotakis has stressed that Greece cannot handle the crisis alone and is pushing for the implementation of the revised Dublin Treaty, which foresees a more even distribution of refugees across the bloc. 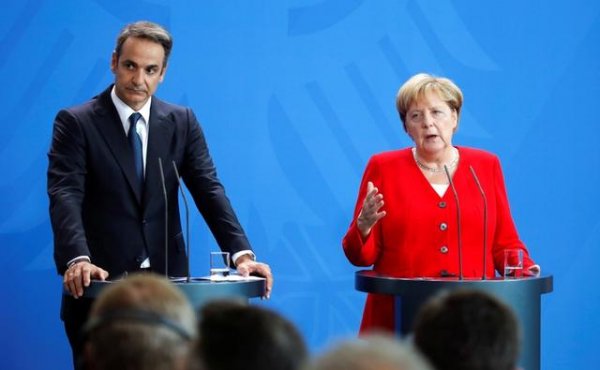 "The idea is that a portion of the asylum application process be carried out in other countries," he said. "We need to develop a European asylum and migration pact, like what the European Commission promised, and in dealing with this problem, we need more burden sharing".