Turkey’s defense chief and top diplomat met on Wednesday to discuss the regional security and foreign relations in the capital Ankara, the Defense Ministry said.

IMPORTANT DEVELOPMENTS HAVE BEEN DISCUSSED

In an evaluation meeting between the delegations, Defense Minister Hulusi Akar and Foreign Minister Mevlüt Çavuşoğlu addressed the latest developments in the Aegean Sea and the Eastern Mediterranean, as well as the proposed safe zone in Syria, in particular, a ministry statement said.

In December, Donald Trump suddenly announced the withdrawal of American troops from Syria, however, since then Washington has backtracked and said in February a few hundred troops would remain for peacekeeping efforts and to create the safe zone. The US has also mentioned that the safe zone would not include the YPG, the Syrian offshoot of the PKK terrorist organization. 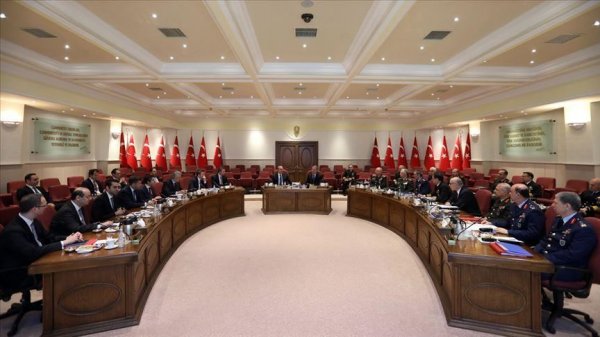