Seven Egyptian police officers and four militants were killed in a clash in the north of the Sinai Peninsula, the interior ministry said.

Seven policemen were killed in a militant attack on a security checkpoint in Egypt's restive Sinai Peninsula on Wednesday, according to the country's interior ministry.

Militants attacked the checkpoint southwest of Arish city in northern Sinai, leaving seven troops dead, including an officer, the ministry said in a statement.

Four militants were also killed when an explosive vest carried by one of them went off, the ministry added. The statement said a manhunt has been launched for other militants, without giving any further details. There was no claim of responsibility for Wednesday's attack. 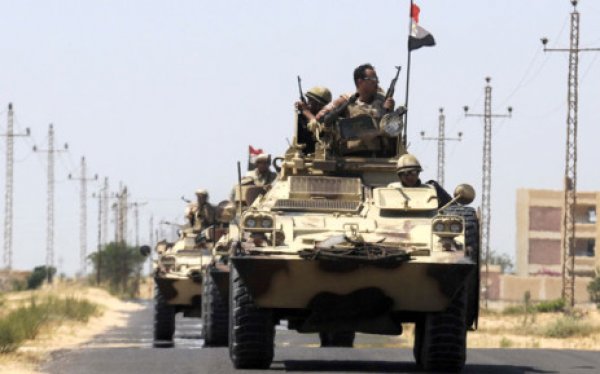 The Sinai Peninsula has remained the epicenter of a militant insurgency since 2013, when the army ousted Mohamed Morsi  Egypt's first freely elected president and a Muslim Brotherhood leader in a military coup.

Morsi, apparently, died from a heart attack last week during a trial session on "espionage" charges.