US Secretary of State Mike Pompeo on Friday defended sanctions on Venezuela and said the United States would not “quit the fight” in the socialist-run Latin American nation which is spiraling into deepening economic and political crisis.

"THE US AND ITS ALLIES WILL NOT QUIT THIS FLIGHT"

Pompeo is on a three-day trip to Chile, Paraguay and Peru, a clutch of fast-growing countries in a region where Washington’s concerns are focused on China’s growing presence as well as the Venezuelan crisis. “The United States and its allies will not quit this fight,” he said during an event in Chilean capital Santiago, adding that the country would keep supporting Venezuelans “courageously standing up for democracy in their home country.” 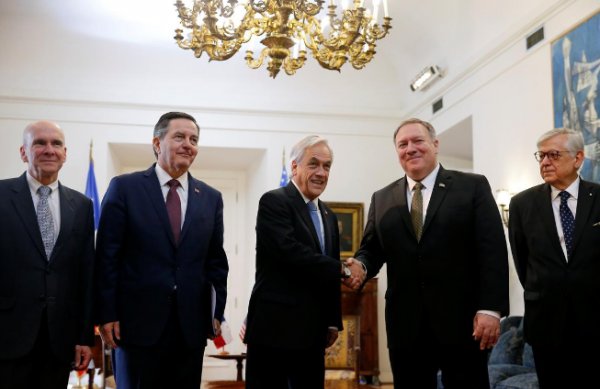 Washington is pressuring President Nicolas Maduro to step down and urging more countries to join the coalition supporting opposition leader Juan Guaido. South America has seen a political shift in recent years toward the right, and most nations have backed Guaido. 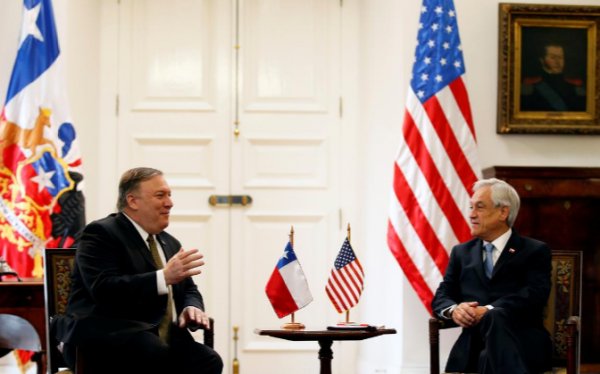 “It’s a historic opportunity when you have all but a handful of countries that are truly market-driven, democratic in ways that you haven’t had in South America for decades,” Pompeo told reporters earlier en route to Santiago, where he met with Chilean President Sebastián Piñera. 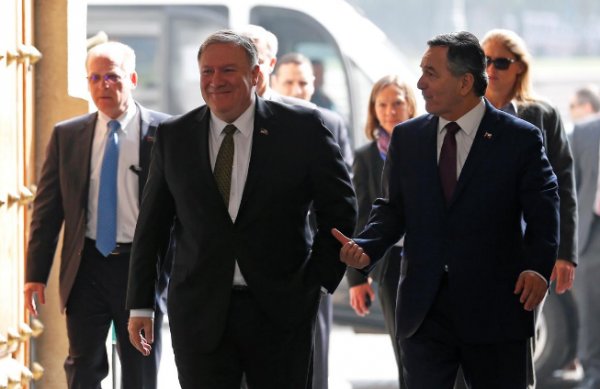 Pompeo will travel later on Friday to Paraguay, the first visit by a US secretary of state to the country since 1965, a gesture experts say underscores US commitment to the region. 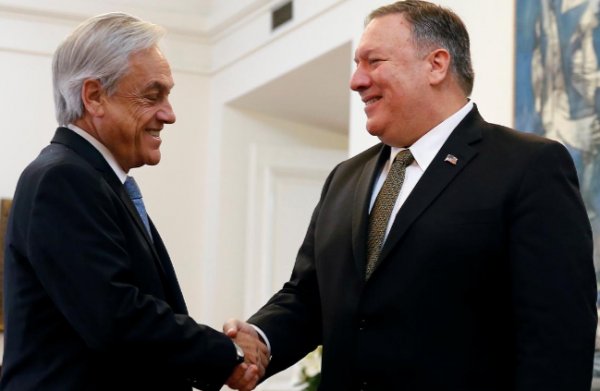 On Sunday he is set to visit Cucuta, a Colombian border city receiving significant numbers of Venezuelan migrants fleeing hunger and violence in their homeland.