US Secretary of State on Tuesday offered condolences for Turkish troops martyred by Syrian regime shelling in Idlib and reiterated Washington's support amid clashes with regime forces.

"WE STAND BY OUR NATO ALLY"

"We stand by our NATO Ally Turkey in the aftermath of the attack, which resulted in the death of multiple Turkish personnel serving at an observation post used for coordination and de-escalation, and fully support Turkey’s justified self-defense actions in response,” he said in a statement. "We send our condolences to the Government of Turkey on their deaths.” 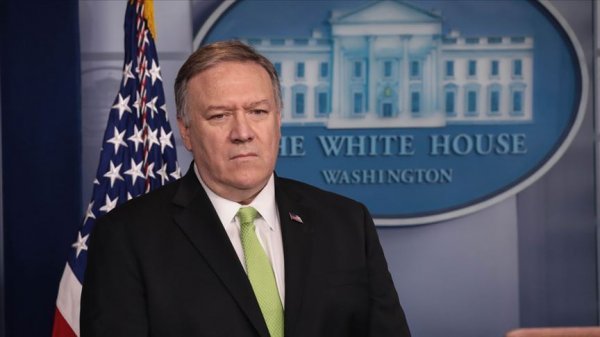 The top U.S. diplomat reiterated that Washington condemned assaults on Idlib residents by Assad and its allies.

"Brutal actions by the Assad regime, Russia, the Iranian regime, and Hizballah are directly preventing the establishment of a ceasefire in northern Syria," said Pompeo, as he called for an end to the attacks, access for humanitarian aid and peace in line with UNSCR 2254 -- a 2015 UN Security Council resolution that called for a cease-fire in Syria and a political settlement of the conflict.