Merkel sits on a chair during a national flag ceremony

Merkel sat in a white chair next to Danish Prime Minister Matte Friedrichsen, who also sat on a chair during a salute ceremony at the German government square.

Concerns about German Chancellor Angela Merkel’s health have increased on Thursday, as she needed a chair and couldn’t stand still for long during a public ceremony in Berlin.

SHE HAD TO SIT DURING NATIONAL ANTHEMS

Merkel greeted visiting Danish Prime Minister with military honors at the Chancellory, but she had to sit on a chair while the national anthems were played.

Her Danish counterpart Mette Frederiksen sat down next to her at the ceremony. 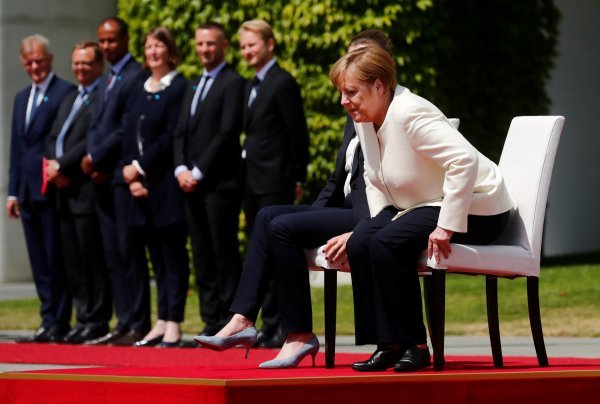 On Wednesday, during a ceremony to receive Finland’s Prime Minister Antti Rinne, Merkel was seen shaking for several minutes, as the two leaders were standing to listen to the national anthems.

Though she downplayed concerns about her health, saying "I am really fine…You don’t need to worry about my health", it was the third shaking episode in less than a month, triggering fears and speculations about Merkel’s health. 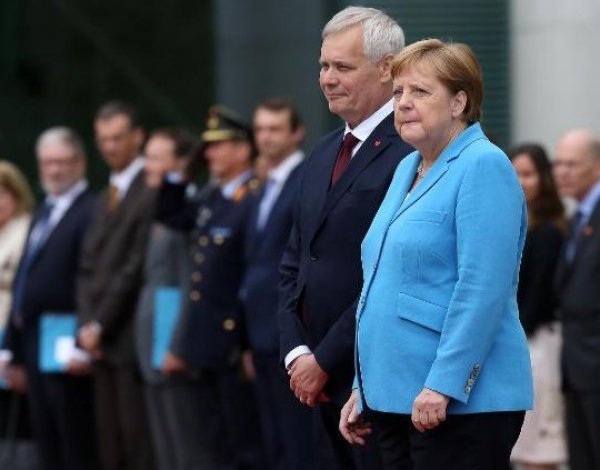 The German chancellor suffered a similar bout of trembling on June 18, when she was receiving Ukrainian President Volodymyr Zelenskyy in Berlin. 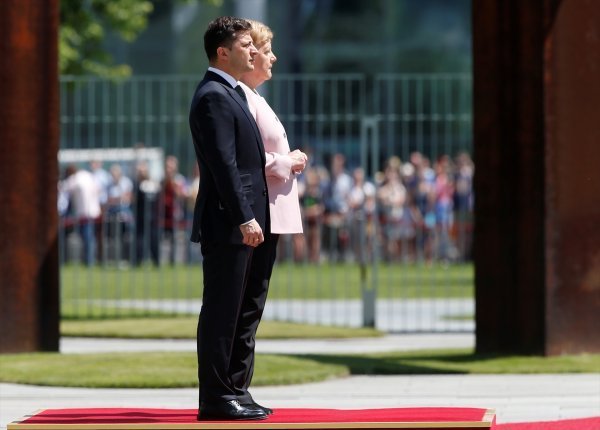 On June 27, she was seen shaking for a second time, during a swearing-in ceremony at the Presidency.