German Chancellor Angela Merkel's body has been seen shaking as she welcomed the new Ukrainian President Volodymyr Zelensky to Germany, raising concerns about her health.

As a military band played the two countries’ national anthems, the chancellor’s whole body visibly shook and she pursed her lips as she tried to contain the situation.

After the anthems Merkel seemed better as she walked inside with Zelenskiy. 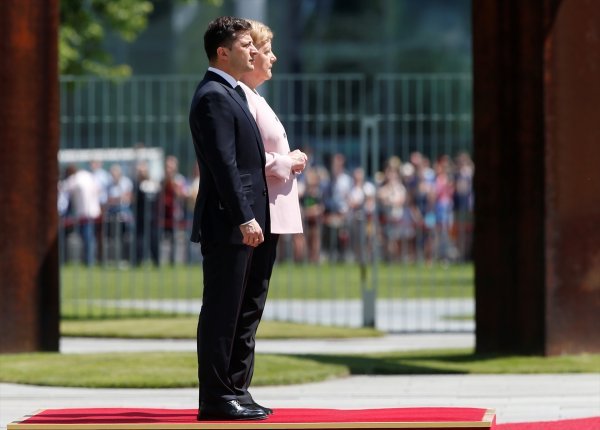 She said “since then I’ve drunk at least three glasses of water, which I apparently needed, and now I’m doing very well.”