About one-quarter of Germany’s 82 million population has an immigrant background, according to the latest figures. Among the country’s nearly 4.7 million Muslims, 3 million are of Turkish origin.

German Chancellor Angela Merkel on Tuesday urged equal opportunity for all, regardless of one’s ethnicity or religion.

“Whether one's name is Anna or Aljona, Max or Mohammed, he or she must be able to rely on equal opportunity, from the early childhood education to the high school, at the workplace and in social life,” Merkel told a ceremony in Berlin, marking the 70th anniversary of the German constitution, or the Basic Law. 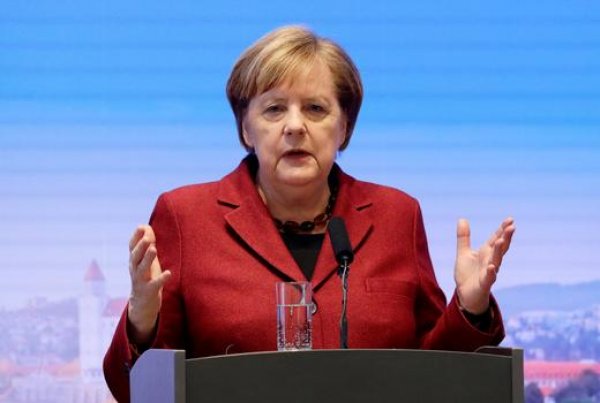 Merkel underlined that Germany’s Basic Law has successfully ensured social cohesion by promoting integration and protecting social diversity.“It provides an answer to the question of how more than 80 million people with all their differences can live together perfectly well,” she said.