May and Russia’s Putin hold tense meeting at G20 summit

UK Prime Minister Theresa May and Russian President Vladimir Putin had a frosty meeting in Japan.

British Prime Minister Theresa May told Vladimir Putin on Friday Russia must end its “irresponsible and destabilizing activity” if relations between the two countries, soured the poisoning of a former Russian spy on British soil, were to improve.

May also told the Russian president during their meeting at the G20 summit in Japan that she wanted the two Russians Britain says is responsible for the attack on Sergei Skripal in Salisbury last year brought to justice, her office said in a statement. 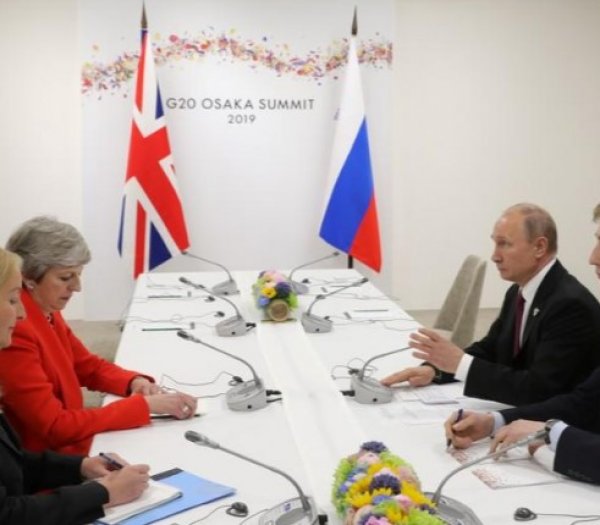 "The prime minister said that the use of a deadly nerve agent on the streets of Salisbury formed part of a wider pattern of unacceptable behavior and was a truly despicable act that led to the death of a British citizen, Dawn Sturgess," the statement said. 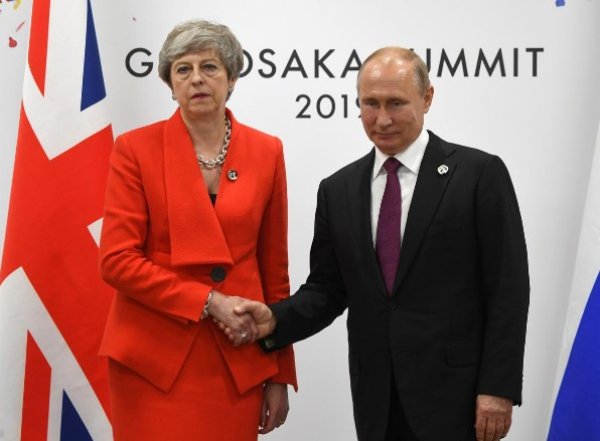 "She underlined that we remain open to a different relationship, but for that to happen the Russian government must choose a different path."